Aside from giving us a sneak peek at what the upcoming Animaniacs reboot on Hulu will be like, the recent New York Comic-Con also featured Hunger Games movie producer Nina Jacobson, where she shared more information on the upcoming Hunger Games prequel.

In an interview with Entertainment Weekly, Jacobson stated that the film will be set in a completely different time period from the original Hunger Games, offering audiences a new perspective. One that is “considerably less glitzy”.

“Well it is very early on, they do take place in very different times,” Jacobson said. “This is the 10th Hunger Games as opposed to Catching Fire’s 75th… I think that the Hunger Games are considerably less glitzy than they ultimately become. So I think there’s a lot of fun in that and seeing what they used to be and that that will be interesting.”

The Ballad of Songbirds and Snakes, which is the novel by Suzanne Collins that the prequel will be adapted from, tells the tale from President Snow’s point of view. Here, Snow is not the all-powerful, tyrannical president of Panem, but a teenager, and one of the first-ever mentors for Hunger Games tributes.

The character for Snow has yet to be cast, but a story told from his point of view will certainly offer viewers a different perspective. We will also be introduced to our new female protagonist, Lucy Gray, who is decidedly different Hunger Games’ Katniss Everdeen.

“I’ve very excited about introducing Lucy,” Jacobson said. “Lucy is a character who is much more aware of the power of her femininity. Katniss is much more quiet, a woman of few words. Lucy as a performer is a very different kind of character… Lucy is more mysterious because she is an entertainer. She is playing, in her own way, to the crowd.”

A date for the release of the prequel has yet to be announced.

The prequel series adds a slew of new talents to the growing cast list. 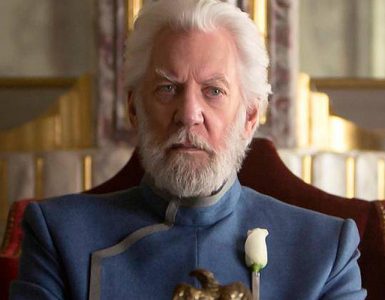 The odds are in our favour.