When it comes to delivering horror experiences that have players right smacked in the centre of it, Supermassive Games have had a great track record. Until Dawn, Man of Medan, and House of Ashes each bring a distinct, terrifying flavour to the proceedings, and with the upcoming The Quarry, published by 2K Games, it appears a return to its roots is in the offing.

If you were not aware, The Quarry is an all-new teen-horror narrative game where every choice, big or small, shapes the story and determines who lives to tell the tale. Featuring an iconic
ensemble cast including David Arquette from Scream, Ariel Winter (Modern Family), Justice Smith (Pokémon Detective Pikachu), Brenda Song (Dollface), Lance Henriksen (Aliens), Lin Shaye (Insidious, A Nightmare on Elm Street), and more.

Our early preview takes place shortly after the beginning of the game, joining the young ones preparing for a campfire at the infamous Hackett’s Quarry. The quality of the animation and facial capture done by Supermassive Games is still jaw-dropping, and the general level of voice-acting performances instantly ramps up the immersion. Not to mention, the world looks fantastic, minus the suspect effects when in water.

Players will learn more about the various characters as the story progresses, aided by decisions and choices made that could easily veer down opposite paths. It could be as mundane as choosing to be stern or playful, or life-threatening when you have to make the call between fighting or fleeing. The preview itself showed off some key moments that can change for different players, and the full release will definitely have more tricks up its sleeves when it comes to creating other avenues for the plot.

And at the centre of The Quarry lies a mystery that revolves around a monster stalking the grounds, some shady hunters that seem to have a better grasp of what’s going on, and the seemingly helpless counsellors

As expected, things take a turn for the worse as darkness soon blankets the area, and the world opens up more. Each chapter allows for exploration, leading to secrets and hints that can be helpful in the short and long term. Finding the right clues and evidence does not just inform you of the history of Hackett’s Quarry, but will also impact the ending of the game.

When there is a need for action, prepare yourself for quick-time events, button mashes, and the like to keep your camp counsellor safe. See something happening that you don’t like? Interrupt it. Have a chance to use a firearm? Hit your target, miss them, or don’t shoot at all, each comes with its own consequences.

There is even a Curator-like character in The Quarry, appearing in between chapters and prodding players along. Players who collect Tarot Cards throughout the game can speak to Eliza and get a reading, and perhaps the prophecy will give you a glimpse of your future.

The tension, the characters, and the general setting of The Quarry make for a jolly fun time, especially for those into horror. It remains to be seen just how the characters and the story can be further fleshed out, but the action and horror sequences are already in a good place, which bodes well for Supermassive Games.

Add to that online play, local co-op, and even a Movie Mode for those not keen on getting their hands too dirty, and this is shaping up to be a nice love letter to all the blood and gore. It won’t take long before you will get your chance to venture into The Quarry, as the game will launch on 10 June on PS4, PS5, Xbox One, Xbox Series X|S, and PC via Steam. 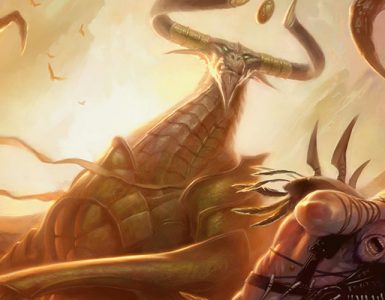 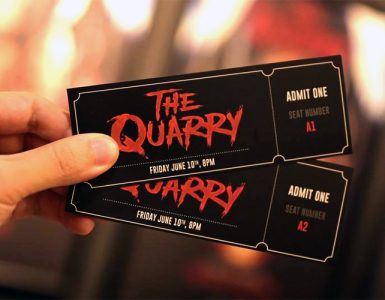 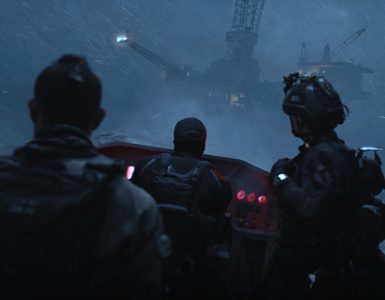 Pushing new innovations in the name of a new age of war.