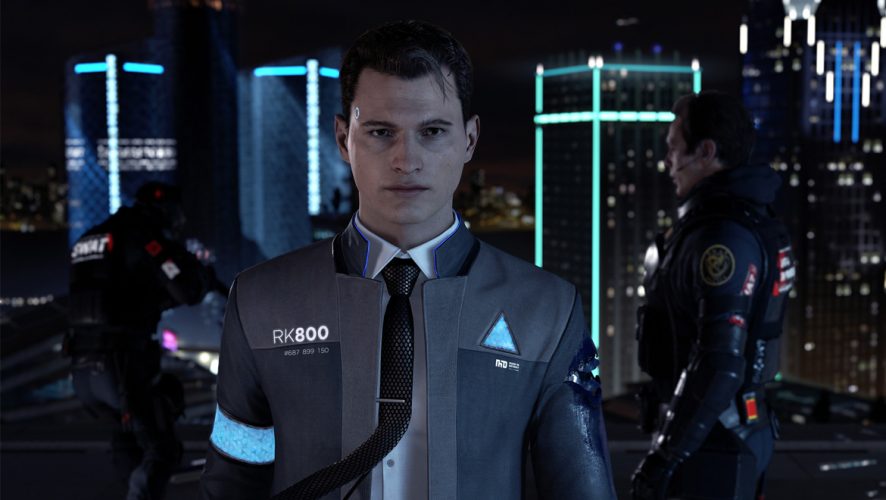 Connor stares at the frantic, scared mother, begging for his help. Save my daughter, she cries. It has her.

“It” being the deviant rogue android who has taken the little girl. Connor, or rather, I, must have stared too hard at the mother, because she takes a step back, recognising that I too, am an android.

An android sent to investigate the scene at the apartment. Connor/I eventually proceeds to the balcony, where I’m is faced with the hostage situation. Through a string of intense dialogue exchanges with the deviant android, the in-game UI presents me with a display for percentage of success. If it’s too low, the mission fails. I need to change things so that it goes up.

In the end, I manage to get it above 50% which leads to having Connor leaping forward to grab the girl. This action pushes the deviant android off the edge of the building, but not before he manages to fire a couple of shots at Conner while falling backwards. 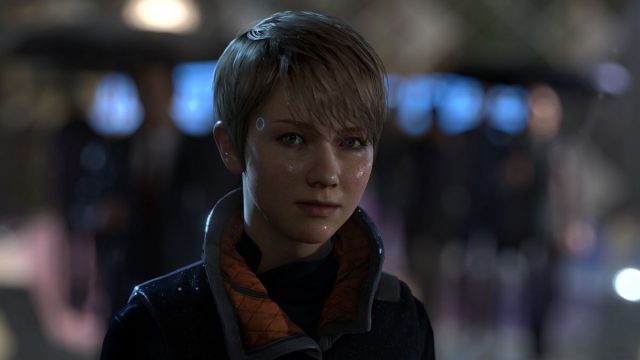 And that was how my playthrough ended, having saved the girl, but getting myself killed in the process. My lifeless form just kneels on the spot, motionless.

Bummer, but since he’s an android, and one of the protagonists, my guess is he’d probably get fixed up in the next scenario.

And that was my brief, but intense playthrough of the demo made available at the Tokyo Game Show. It seemed to be the same build that was showcased at E3 2017 earlier this year, but I didn’t manage to get my hands on it back then. The only downer this time round was that the demo was localized into Japanese, so I had to guestimate my way through the dialogue choices.

You can watch the full playthrough of that same scenario below, which had the better ending of having the deviant android willingly let go of the girl hostage, but he gets killed by a sniper shot instead.

One thing that got my attention now is how absolutely gorgeous the graphics are, and probably the best I’ve ever seen on the PlayStation 4 so far. The way the text overlays on the objects, as well as the slick, clean, and beautiful UI marks a clear testament to Quantic Dream’s mastery in UI design.

At TGS 2017, I also caught up with Quantic Dream’s co-CEO, and executive producer, Guillaume de Fondaumière, to learn more about the game’s premise and inspiration.

The latest offering from director David Cage, Detroit Become Human looks set to tell another deep and philosophical story starring androids and humanity in the city of Detroit, Michigan.

In the not-too-distant future, technology has evolved to a point where human-like androids are commonplace. But while these androids look, move and behave like humans, they are only objects at the service of humanity. They have taken on a lot of human jobs in the public sphere, including transportation, administration, hospitals, and in the private sphere, taking care of children, gardening and cooking.

Humans no longer need to do repetitive and tiring jobs. But that creates a society where a lot of people have lost their jobs, which creates a lot of tension between humans and androids.

As the story unfolds, androids have started to disappear. Some start to show strange signs of emotions, which they are not suppose to have. And slowly, they are starting to turn against their masters.

In the game, you get to play as three distinct android characters: Connor, Markus, and Kara, each with a different background and distinctive gameplay.

Not much is known about Kara, but back in 2012, Quantic Dream did a short called “Kara” which featured an android being manufactured, and somehow showed some signs of emotion. Check out the video below if you missed it.

“The result of the Kara short going viral, along with the positive feedback from the community, inspired us to turn it into a full story,” shared Fondaumière, when asked about the inspiration behind Detroit Become Human.

Connor is a deviant hunter, who helps the police investigate crime scenes. Think if him like a CSI, who has special capabilities to analyse environments, interrogate and negotiate deviants.

Markus escaped from his master and joined a small group of deviant androids. Together, they hope to try and send a message to humanity. A good portion of Markus’ story, which takes place about mid-way through the game, was showcased in this E3 2017 trailer.

When asked about what lessons they have learnt from previous outings such as Heavy Rain and Beyond Two Souls, which can be applied to Detroit Become Human, Fondaumière answered, “In Detroit Become Human, we have perfected the formula of contextual and quick time events, to a level we have not been able to reach so far.”

Rogue androids and their human overlords will clash, and the side you stand on will matter in 2018, exclusively for the PS4 and PS4 Pro. I can’t wait for the release date announcement. I’ll leave you with the new trailer revealed at TGS. Now if only it included English subtitles… 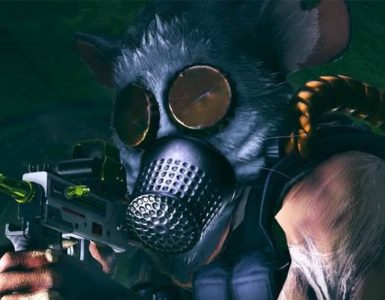 More functions for the ultimate convenience.