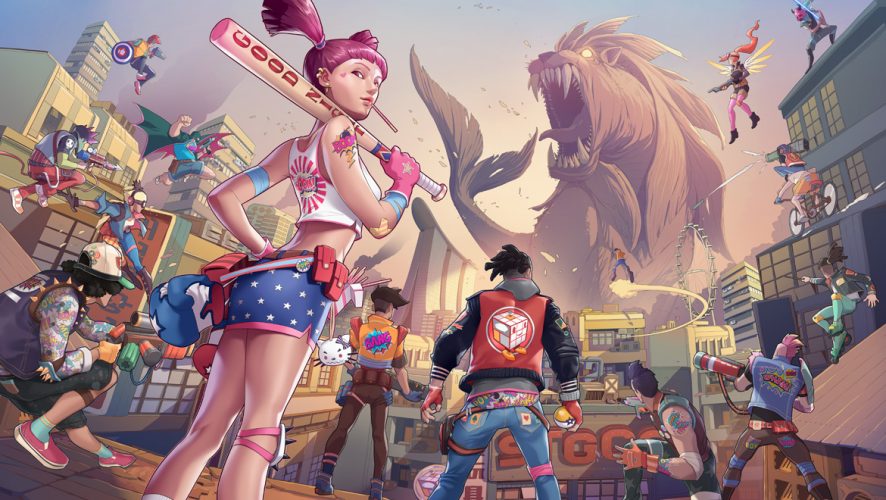 The Singapore Toy Games & Comics Convention is happening again this weekend, September 8-9, 2018, at Marina Bay Sands. Conventions are notorious for the crowds and a large number of events happening all at once. To maximize your time at STGCC, we’ve sorted through the crowd and picked out 8 things that you won’t want to miss during your visit to the convention.

Sony Pictures will have a booth at STGCC for the first time, to promote two of their upcoming movies, Venom (out October 4, 2018) and Spider-Man: Into The Spider-Verse (out December 13, 2018). Take your pick, as you can play with symbiote goo, get a badass Venom face mask (limited to 1,000), have your face taken over by symbiotes using Sony’s special Facebook lens, or take photos with Spider-Man cosplayers at their 3D photobooths. This is definitely a must-see for webheads.

Sneak peek at the Sony Pictures booth. Play with symbiotes (and that sweet sweet bike) at the Venom booth and watch yourself transform into the anti-hero with Sony's newly launched Facebook filter camera. Psst – the first 1000 visitors who post their Venom-ous selfies on Sony’s Facebook page will receive a limited edition Venom mask! If Spidey's more your kind of guy, head to the Spiderman booth to hang out with our friendly Spiderverse SG gang!

It’s not a convention without cosplayers. Whether they are fan-made costumes made out of cardboard and paints, or more professionally made outfits with moving components and lights, there are all types of cosplayers out there, many who come out in full force during the event. Of course, there’s the annual Championship of Cosplay presented by SINGER. This year, Olivia Mears, aka AvantGeek, is a guest of STGCC, as well as one of the judges for Championship of Cosplay. One of her best costume? Taco Belle. We can’t wait to see what she dresses up as this weekend. 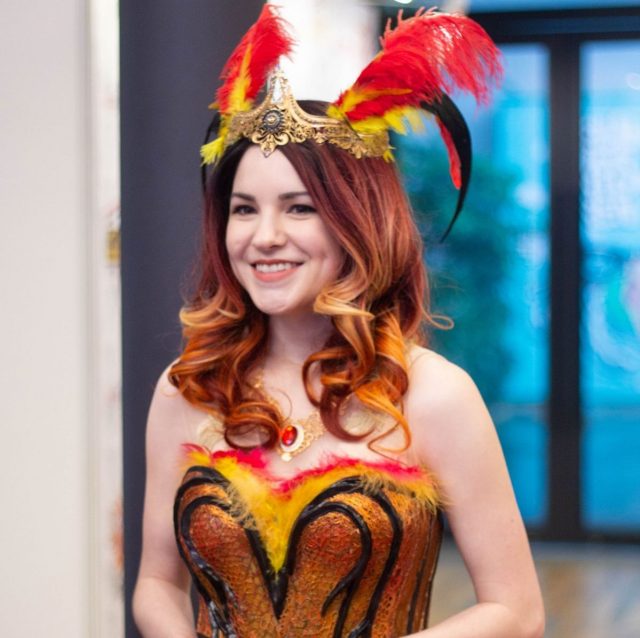 ‘Toys’ is the first product term in STGCC and there’s certainly plenty of them this year. Whether you want to get a collector’s piece, like an intricate reenactment of the final battle scene in Avengers: Age of Ultron, or a toy that you can actually play with, like Harry Potter LEGOs, you can find them here. There are, of course, some exclusive STGCC-only items, like the 24k Gold Gilt Miniature Iron Man Figurine. 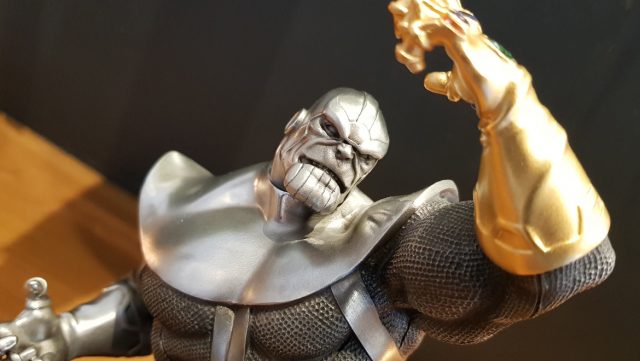 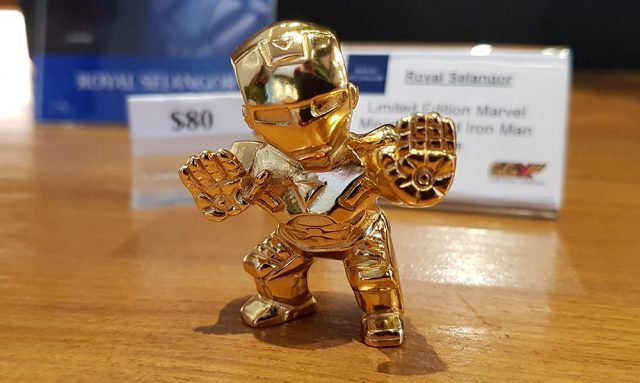 LEGO is bringing in two new collections to STGCC – Voltron: Defenders of the Universe and Harry Potter. Harry Potter has received the full-blown treatment at Compass One, so it’s Voltron’s turn. The highlight of the weekend is the new Voltron LEGO Ideas set, designed by Leandro Tayag. Tayag himself will make an appearance at STGCC to sign Voltron merchandise for fans. There’s also a Speed Building Challenge for those who think they’re the best LEGO builder around. Builders will attempt to build a full-sized Voltron model in a limited amount of time, and the winner will get a limited-edition autographed LEGO Voltron Set. Better practice those building fingers. Hands and feet, and quickly, form the head!

Singapore is just a little red dot on the map, but it sure as hell has a lot of cool things from it. Good Gaming Experience is working together to bring some great games and gaming-related activities to the convention. There’s a Freeplay Zone, where gamers can play console, PC, or retro games, but instead of playing these well-known games, check out the Made In Singapore indie games that will be presented during the weekend. 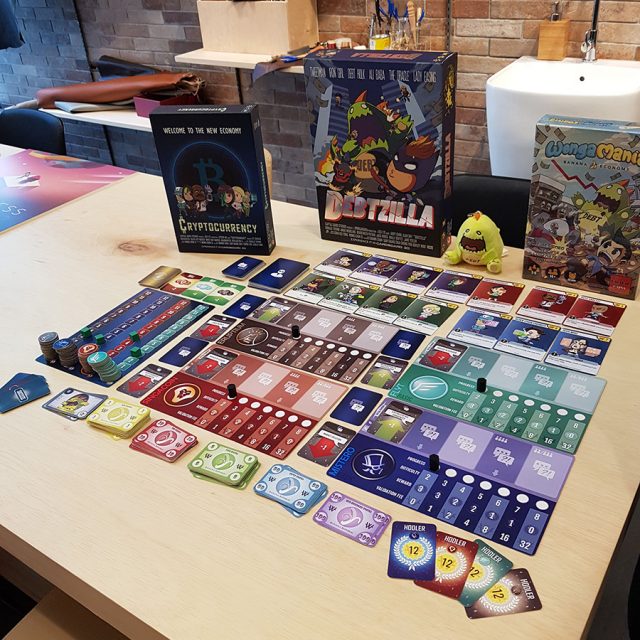 We got to preview some of the games that will be presented during STGCC, and some look pretty awesome. If you love Monument Valley, check out a new mobile game developed by a group of students from Singapore University of Technology and Design during their internship called Weightless. It has a unique mechanic that involves perspective in an isometric world, and a really interesting story about finding your lost passion.

#6. Beware of the White Walkers

Impatiently waiting for the new season of Game of Thrones? Or sick of George R.R. Martin not releasing the next book in the A Song of Ice and Fire series? Take your frustration out on the Supreme Leader of the White Walkers, The Night King, who will make an appearance during STGCC. (Or actually, please don’t, for he is but a mere cosplayer)

Here are the scheduled times where fans can take photos with the Night King and his White Walkers:

STGCC has a good lineup of people from the comic book industry this year, both local and international. Meet famed comic book artists like David Finch and Mark Brooks, along with the creator of local icon, Mr. Kiasu, Johnny Lau. At the media preview, we got to see a sneak preview of how these talented artists work. David Finch, known for his, sharp, muscular depiction of superhero characters, traded characters with Simone Legno, who created tokidoki, a very cutesy brand. They both did these sketches on the spot in front of us. These people are amazing. Of course, these aren’t the only artists present at STGCC, as Agnes Garbowska (My Little Pony), Frank Cho (Hulk), Joyce Chin (Wynonna Earp) and more will also be there. 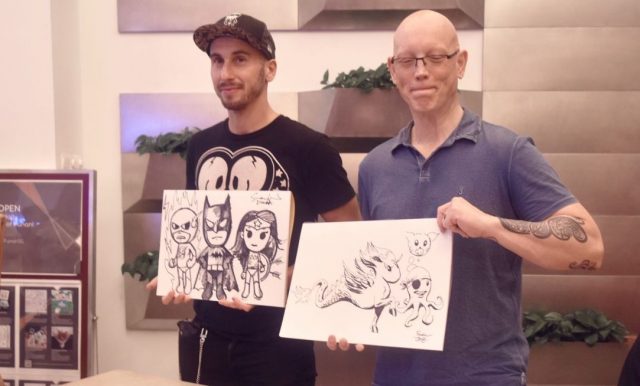 Before games went digital, they were distributed using physical copies, and some of us might have copies from the days of the Nintendo Entertainment System. These disks and cartridges might be gathering dust in the corner or in some shelves, unused and unloved so instead of letting them sit around, why not give them to someone else who would get a use out of them? GameTrader will be holding their first ever Physical Game Trading Event at STGCC, and collectors can also sell physical copies of their games at this event, instead of coordinating meet-ups with buyers. This will be the one-stop shop for people to get used physical copied of games. Well, for this weekend, anyway. 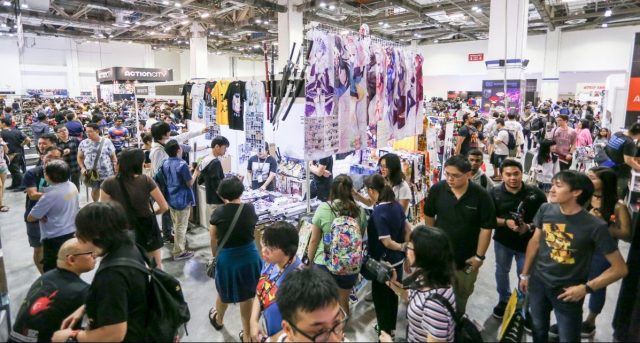 Any conventions wouldn’t exist if it weren’t for the fans, and STGCC certainly knows it. There will be several fan events held throughout the weekends for any kind of fans, all held within the Fan-Tastic Zone. There will be fan-organized workshops and displays. Look out for the lightsaber building workshop by FightSaber Singapore, where workshops will be held for both adults and kids, so maybe use this as a way to teach your kids the awesomeness that is Star Wars. After all, who doesn’t want their own lightsabers? 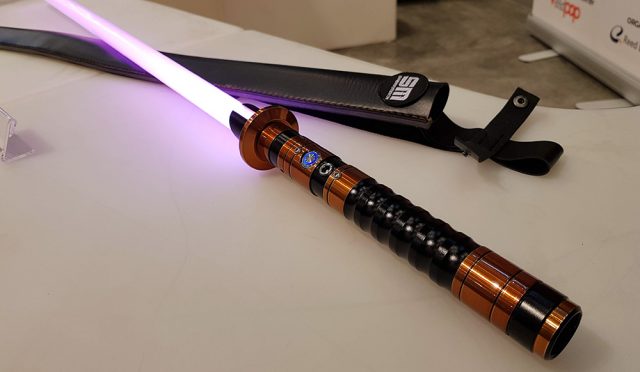 And that’s our pick of things to check out at STGCC this weekend. Don’t forget to hydrate as you visit all these events! 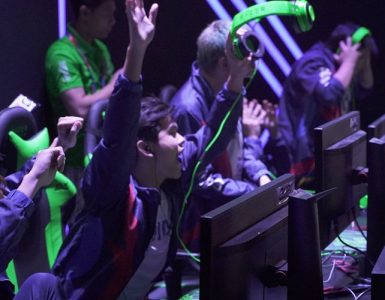 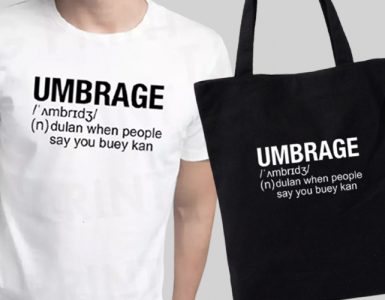 Singapore's new word is on print!