Pictures from the set of DC’s upcoming Titans have sprung up, giving us our first look at Starfire, Beast Boy and Raven! While we’ve seen some official images of Brenton Thwaites’ Robin, as well as Hawk and Dove (all of which look pretty badass), this is the first time we’ve seen the other members of the Teen Titans.

The details on their costumes are pretty cool, too, with Beast Boy wearing a sweater which looks similar to what his character wears in comics. Raven’s sporting a pendant, while looks similar to the medallion from her animated Teen Titans counterpart. 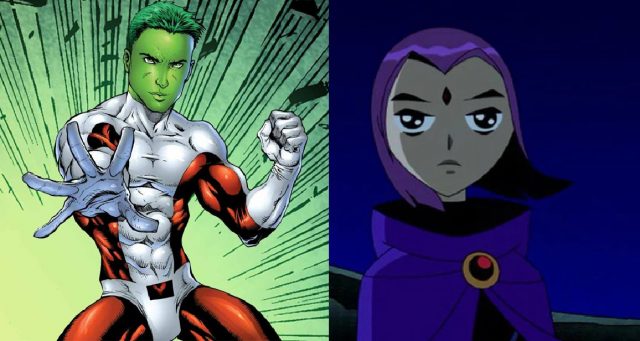 We also got to see glimpses of Starfire, played by Anna Diop!

[BREAKING] The first leaked photo of Koriand’r aka Starfire (Anna Diop) in her costume on the set of #Titans ! pic.twitter.com/HRwf3KFOjH

To be perfectly honest, the outfit looks kind of tacky. The wig is way too obvious, and the dress….the less said the better.  But don’t get too down on the show just yet! The actress tweeted a video of herself getting scanned for visual effects for the show back in October, so they might be replacing some of that stuff in the actual show. Makes sense, since the comics version of Starfire has flaming hair and glowing, orange skin. 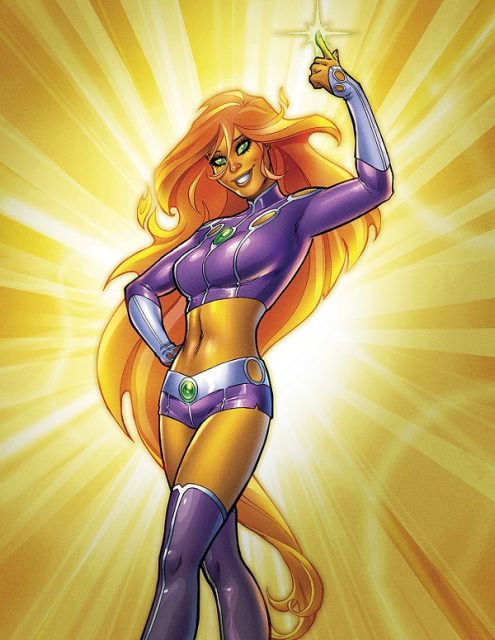 The set photos also included some shots of Brenton Thwaites in full civilian costume, looking mighty fine at that.

[BREAKING] The first leaked photos of Brenton Thwaites as Robin on the set of #Titans pic.twitter.com/wSnafouYza

Very little about the show’s plot has been released so far, so we can only guess what these characters are doing out and about. Here’s hoping that the show will live up to the legacy of the Teen Titans!

What do you think? Are you excited, or turned off by how the characters look?

Titans will be released on DC’s upcoming streaming service sometime in 2018 and stars also stars Minka Kelly as Dove and Alan Ritchson as Hawk.