There are very few sequels that can match the original, and an even fewer that surpass their predecessor. Movie wise, Blade Runner 2049, in our opinion, is one of the few rare ones.

With video games, there’s Destiny 2 and, of course, Middle-earth: Shadow of War, which comes very close.

What makes this game stand out is that it is not an original IP that developers could take as their own. Based on J. R. R. Tolkien’s legendarium, and set between the events of his books, the first game also took plenty of inspiration from director Peter Jackson’s movie series, The Hobbit and The Lord of the Rings.

While it might expand upon familiar elements, it also restricts the creative freedom the developer could play with. Not everyone is like Bungie, who can easily hit the reboot button when things get dicey. 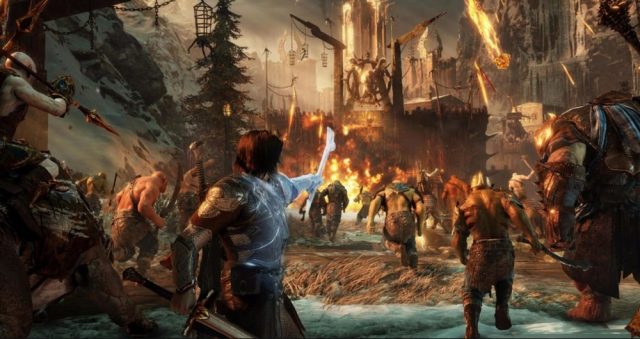 The folks at Monolith Productions knew they had a gem with the Nemesis System and that’s the real meat of what Middle-earth: Shadow of War is. By the time you’re done with the game, you’d be dreaming of what Orcs you’d want to add to your army, and scoping out their pros and cons will be second nature. If Pokemon is collecting monsters to battle, then Shadow of War is spending plenty of time harvesting Orcs for your army against Sauron.

Once again, we join Talion and Celebrimbor, as they forge a new Ring of Power in the hopes of defeating Sauron. And like a familiar trope, they lose it. Echoing God of War, the missing weapon is the main reason why players need to grind back their abilities all over again.

Thankfully, the grind for abilities is quick and painless. By the end of the first act, you’d be pretty much on par with an overpowered Talion from the end of the first game. Shadow of Mordor basically starts from the second act, where the pair begins the build-up of their forces to tackle the armies of Sauron. This made the first act largely a glorified tutorial, but it prepares players old and new and eases them back into the world of Middle-earth. 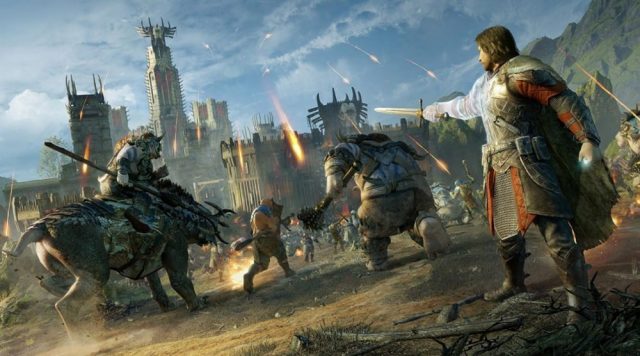 Talion’s abilities have been sufficiently expanded for the sequel. This time around, you’d have to contend with a Diablo-styled gem socketing system and unlockable gear abilities which can only be triggered by taking down specific Orc types in a certain way. The amount of content the game throws at you can be quite overwhelming, such that it can come across as padding. Yet, all these tricks matter as you slowly customise your very own army.

The great bulk of your time in Mordor would be used hunting down the best of what the enemy can offer, and recruit those that you defeat but not kill, as each Orc comes with their own unique personality. While normal Orcs are no more than health potions, they are formidable in great numbers. Plus, the game is not entirely ashamed at throwing more Orc captains at you in a single window of combat. At one point in time, I found myself facing off against three Orc captains, two of whom I was trying desperately to convert into my army.

Alas, it was not to be as I was too ambitious and I was cut down by Algaz the Poisoned who had a trait that allowed him to kill me instantly. For his triumph, Algaz gained a few good levels and a mount as well, and this allowed him to kill off one of my installed puppet Orc Warchief and prevented me from converting him to my army in the near term, as his level now exceeded mine. 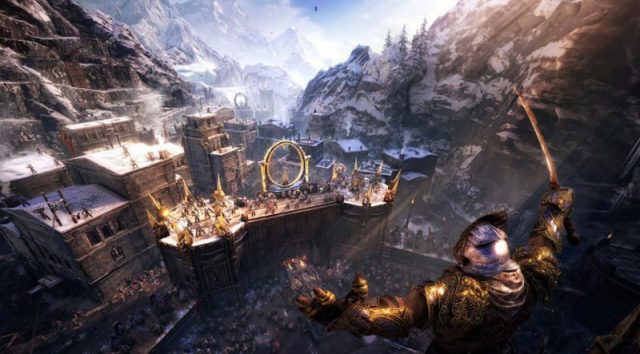 The hunt for Algaz has began and thus the dilemma – do I kill him now and gain epic loot, or do I level myself more, and try to add a high-level individual into my army. Such is the beauty of the Nemesis system, and such decisions will be the mainstay of the entire game.

But while the game’s system works well, its weakest point is the story. The developers have taken plenty of liberties with the lore, and the story makes Talion feel both overpowered and underpowered, all at the same time. Defeating the Nazgul was easy, but there I was, struggling with Orcs I could not take down with frontal attacks had me feeling conflicted, especially during key set pieces in the game. It’s also hard to get invested with the individuals you come across, as they’re mostly there to help forward the plot and unlock more abilities.

All these ultimately culminates with a massive fortress battle where you take over enemy Orc-controlled fortresses using the very same Orcs you’re carefully shifted to your cause. These battles are not one-offs, as you’d also need to defend all the fortresses you eventually commandeer. It’s equal parts Battle of the Black Gate and Helms Deep all at the same time, so there’s plenty of hours to be had fending off invasions and conquering new fortresses. 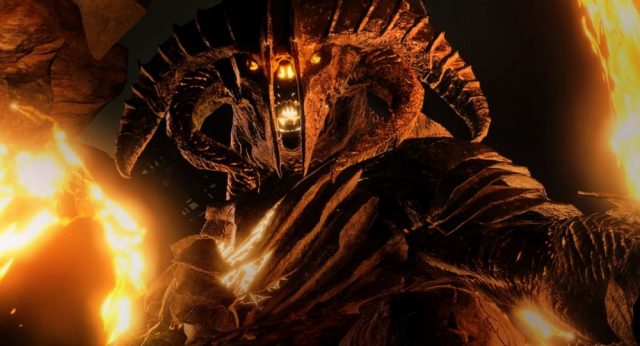 One of the biggest concerns fans had was the introduction of loot boxes, which need real money to open, into the primarily single player game. Whether it is the developer’s’ choice is up for debate, but in all honesty, I never felt the great urge to spend any real-life cash to open any loot boxes. The game did not hamper my ability to gain new gear, gems, Orc followers in a way that most free-to-play titles do.

Everything can be gained for free, so the players can rest easy. Towards the end of the game, I found myself showered in sufficient Mirian (the in-game currency) to upgrade my army three times over, and gained a good amount of Legendary gear in the process as well. So, if you’re sitting on the fence over this issue and it’s hampering your purchase decision, let go of those worries and join the army.

Compared to the first title, there’s more packed into Shadow of War but most of it revolves around the still awesome Nemesis System. If Horizon: Zero Dawn is seen as the yardstick for story-driven games for this generation of consoles thus far, Shadow of War is the gameplay equivalent. 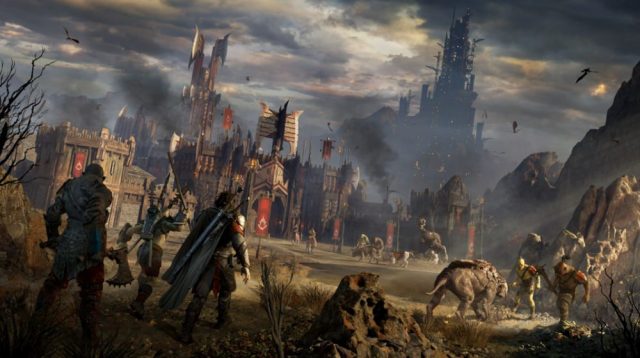 If you’re the type that loves taking the time to curate the meanest Orcs Middle-earth has to offer, this is the game for you. Prepare yourself for the grind.