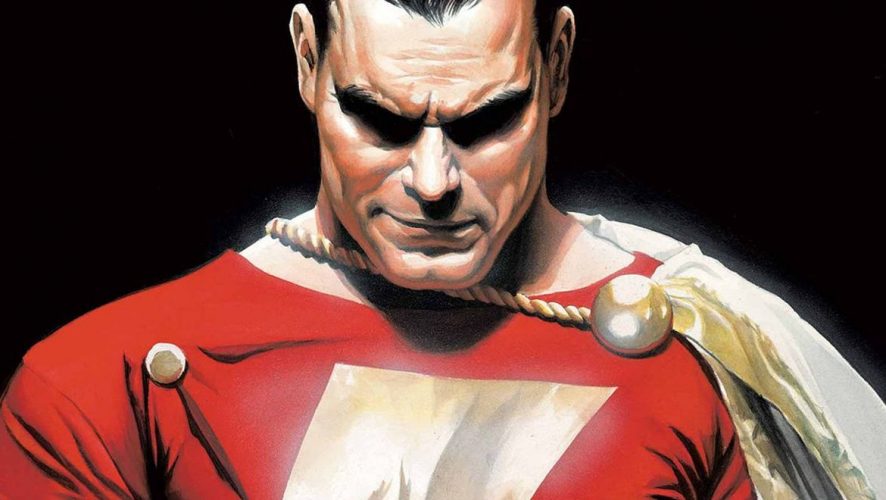 Following a recent video leak from the set of Shazam!, a string of new images has hit the Internet again, giving fans a first look of the cast in costume. Since then, the buzz over its design has been rather significant, with the community bringing different opinions to the table, which to be honest, is perfectly normal in a circle of comics fans.

(The cape from Shazam’s costume in New 52 is present.)

In summary, the views are vastly divided. Some have likened Shazam’s outfit to a typical muscle suit, except with the cape, tunic, and lightning bolt all integrated. Others expressed disappointment over the flimsy-looking gauntlet and belt, while the remaining appreciated the faithfully-adapted colour scheme of red, white, and gold from its comic counterpart, as well as the hood that’s been present since the DC Comics’ New 52 reboot.

They're filming #Shazam outside my building. #DC #ZacharyLevi #Shazam pic.twitter.com/58eojESAEE

These unofficial image releases come a day after Twitter user Jeremy Lawrence posted up a short reel showing Shazam’s film set, which he caught from his building in Toronto. The 46-second video captured main lead Zachary Levi in his full Shazam costume as he rescued civilians from a seemingly speeding bus, with a little bonus scene of him doing a little jig after.

Set to open in theatres on April 5, 2019, the untitled Shazam! movie is based on the DC Comics character of the same name, who also goes by Captain Marvel (nope, not that Marvel). Mark Strong will star alongside Levi as antagonist Doctor Sivana, with Asher Angel, Grace Fulton, Jack Dylan Grazer, Ian Chen, and more in the cast lineup.

Check out the synopsis below:

We all have a superhero inside us, it just takes a bit of magic to bring it out. In Billy Batson’s (Angel) case, by shouting out one word – SHAZAM! – this streetwise 14-year-old foster kid can turn into the adult Super Hero Sahzam (Levi), courtesy of an ancient wizard. Still a kid at heart – inside a ripped, godlike body – Shazam revels in this adult version of himself by doing what any teen would do with superpowers: have fun with them! Can he fly? Does he have x-ray vision? Can he shoot lightning out of his hands? Can he skip his Social Studies test? Shazam sets out to test the limits of his abilities with the joyful recklessness of a child. But he’ll need to master these powers quickly in order to fight the deadly forces of evil controlled by Dr. Thaddeus Sivana.