Secretlab is at it again with a new set of themed gaming chairs. After the likes of Overwatch, Dota 2, League of Legends and Cyberpunk 2077, it’s teaming up with Blizzard to launch World of Warcraft seats for fans of the established MMO.

In celebration of the upcoming launch of the World of Warcraft: Shadowlands expansion, the Secretlab World of Warcraft Alliance and Horde Edition gaming chairs take things back to the original and iconic clash between the two biggest warring factions in Azeroth. Both chairs utilise Secretlab’s signature PRIME 2.0 PU leather for that premium, plush comfort that the company is renowned for, as well as ergonomic controls as seen in its other chairs.

The Alliance Edition will appeal to players who are part of the faction led by the likes of Jaina Proudmoore and King Anduin Wrynn, simply due to the fact that it’s in dark blue with gold/cream trimmings, and prominently features the iconic lionhead signet on the chair. The same gold hue drips down the back of the chair in a banneret straight out of Stormwind, and features the lionhead signet in blue in the middle.

Conversely, the red-and-black Horde Edition is the ultimate throwback to Warchiefs past and present, such as Thrall and Vol’jin. the iconic Horde symbol is etched onto the front and back of the chair as well, with barbed spikes adorning the sides making it look as though it was crafted in the halls of their capital city, Orgrimmar. 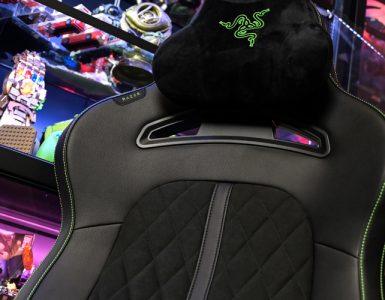