Rosario Dawson is confirmed to be heading to HBO Max to star as the lead in its upcoming pilot for DMZ, directed by Ava DuVernay (Selma).

DMZ will be based on the Vertigo comic book of the same name and will be set in the United States torn apart by a second American civil war, with Manhattan left a demilitarized zone, a.k.a a DMZ. The DMZ comics were written by Brian Wood, with art from Wood and Riccardo Burchielli.

According to The Hollywood Reporter, DMZ is set in the not so distant dystopian future, the aforementioned civil war has turned Manhattan into a no man’s land, destroyed and isolated from the rest of the world.

We follow a young medic Alma Ortego (Dawson) as she embarks on a journey to look for her son. As she contends with gangs, militias, demagogues, and warlords in the lawless no man’s land, she slowly becomes what is sorely needed in this war-torn country: hope.

Having appeared in a number of shows on Netflix, such as its Marvel series Luke Cage, Daredevil, Jessica Jones and The Defenders, Dawson is no stranger to streaming services. Other recent credits she has under her belt include Zombieland: Double Tap and the upcoming mystery anthology series Briarpatch.

There is no news on when DMZ will premiere on HBO Max as well as who else has been cast for the pilot, but it is still days. We are sure more news will be released in time to come. 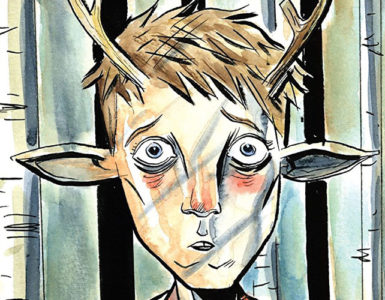 Iron Man switches over to DC Comics for this modern classic.