Following the hugely successful debut of esports in the 30th SEA Games in 2019, Razer will be launching the Southeast Asian (SEA) Invitational 2020 to help the region’s athletes get ready for the upcoming 31st SEA Game happening in 2021.

Held in partnership with Tier One Entertainment, this first-of-its-kind tournament will start on 22 June 2020, culminating in a grand final happening from 3 to 5 July 2020.

The three games that will be featured in the Invitational include PUBG Mobile, Dota 2, and Mobile Legends: Bang Bang. Viewers can tune into Team Razer’s YouTube, Facebook, and Twitch to watch the top players from across the region duke it out for the title of champion.

“We are excited to partner with a company such as Razer to create a platform for talents to shine,” said Tryke Gutierrez, CEO of Tier One Entertainment. “As a premiere talent agency in Southeast Asia, we want to lead initiatives like the SEA Invitational to help develop talents to become Truly Top Tier.”

To make sure the invitational has the highest level of competition, teams who wish to take part will need to sign up with their respective esports federations, who will select the participating athletes via qualifier matches taking place from May to June 2020.

“The SEA Games 2019 was a new adventure for all of us in the region, with Razer and the federations working in tandem to bring the dreams of many budding esports athletes to life,” said David Tse, Global Esports Director at Razer in a press statement.

“We hope to extend this dream to many more talented individuals within the region through the SEA Invitational, and hope the athletes can utilise this as preparation to hone their talents and acclimatize to a structure and format similar to SEA Games.” 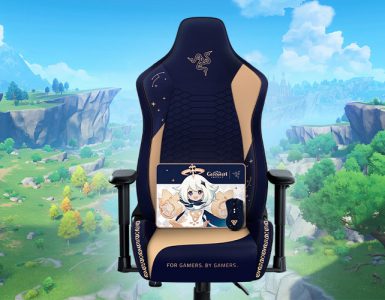