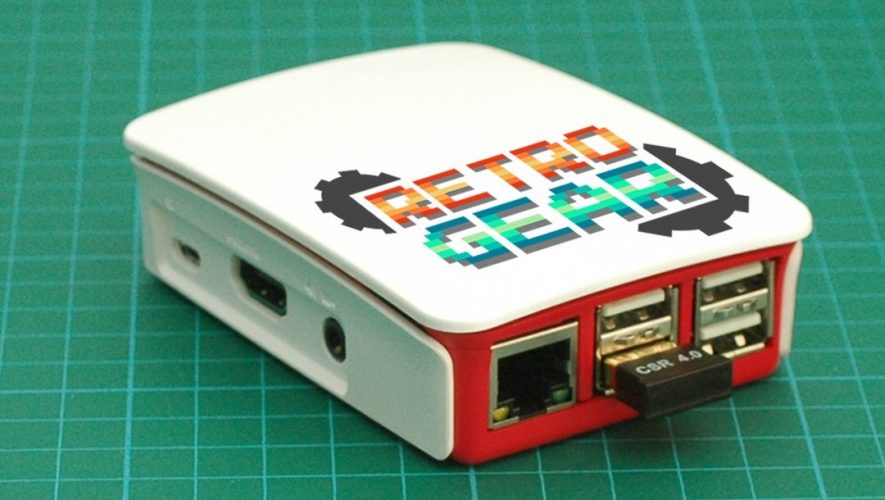 Play classic games with the RetroGear

Many of my fondest memories of gaming are 16-bit. Like when I first got my Sega Megadrive as a kid, and then my brother and I would sit in front of the TV and try to beat Golden Axe and Streets of Rage together. Then there was the time I stayed up way past my bed time to defeat Darksol in Shining Force.

Imagine my surprise when I learned that a local Singaporean geek is producing the RetroGear, a tiny little machine that can play all my favourite 8-bit, 16-bit and some 32-bit games! The palm-sized RetroGear hooks up to your TV via HDMI and runs a variety of emulators including these favourites:

To control these games, you can hook up almost any USB or Bluetooth controller to it. That includes PC game pads and newer PlayStation Dualshock controllers (wirelessly or wired) and with some minor tinkering Xbox controllers too (though you need a separate dongle if you want to use them wirelessly). There are 4 USB ports so in theory it can support 4 controllers, though right now the maker is only confident of promising 2.

Loading games onto it is a simple matter of connecting it to your home network and then drag and dropping your *ahem* legally obtained ROMs onto it, or the many open source Home brew games available online.

After that, you’re ready to rock some Joust, TMNT, Mortal Kombat II, Sonic, Shinobi and more with your friends in the comfort of your couch.

Emulators are nothing new and I’ve tried to recreate these moments using emulators, but it’s never quite satisfying. Playing games on my phone is frustrating because you’re not holding a physical controller and you always miss the virtual buttons on your touch screen. The lack of 2 player support also kills the Golden Axe mood. Playing on a PC just doesn’t have that same couch session vibe.

A small number of classics have been remade for modern consoles and you can play Golden Axe with friends via Internet, but you lose the get-together appeal.

That’s why we think the RetroGear is such a neat idea. It’s small enough to fit in your pocket, and it’s powered by a micro USB port so you can bring it to your friends place without cables since you can just plug it into their phone charger. Well, as long as they have some controllers lying around too.

So get your old childhood buddies together for a night in and relive those magical memories. Which retro game would you boot up first?

You can check out the RetroGear at the SgGeek Facebook page and PM him if you’re interested in one.