Aside from an incredibly mysterious website, Platinum Games has also launched a Kickstarter campaign to help fund the production of The Wonderful 101: Remastered. If the campaign is successful, the game will be brought to the Nintendo Switch and possibly even the PlayStation 4 and Windows PC.

The Wonderful 101 was first released on the Wii U and according to game director Hideki Kamiya, its move to other platforms will mean some changes will be made for The Wonderful 101: Remastered, including some much-needed fixes to issues found in the original game.

Bringing the game over to the Nintendo Switch will mean that The Wonderful 101: Remastered will be introduced to a much larger audience than the Wii U, with over 52 million Switch consoles shipped by Nintendo to date. To help make the game easier to play, Kamiya has stated that a few tweaks to the game will be made to help make it more “user-friendly.”

The game’s easy mode will be made a little easier, with its difficulty tweaked to be more consistent. There will also in-game prompts to help guide players new to The Wonderful 101: Remastered’s gameplay mechanics.

New mechanics like drawing on the touchscreen to summon Unite Morph actions will also be made available on the Nintendo Switch, said Kamiya.

Both Kamiya and producer Atsushi Inaba have stated that they have always thought about bringing The Wonderful 101 to the Switch, with plans to rerelease the game predating even Platinum Game’s recent investment from Tencent.

As of now, Platinum Game’s Kickstarter campaign has already surpassed its goal by a whole mile, already garnering about US$1,004,349, with an original goal of around US$49, 898.

Do you have what it takes to be the most CHAO RECRUIT? 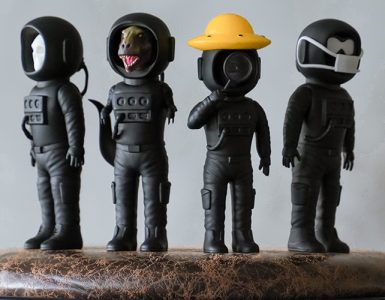