Doctor Who is heading to Disney+

Following a deal between BBC and Disney+, the popular British sci-fi series will be exclusively available on the streaming service for international fans. Doctor Who will remain on BBC for fans based in the UK and Ireland.

The series will premiere on Disney+ when the new season arrives in November 2023. It’s safe to say that Whovians, new and old, will flock to Disney+ to get their Doctor Who fix.

To celebrate the show’s 60th anniversary, David Tennant, who was the 10th doctor, will reprise his role. Tennant will replace the 13th doctor, played by Jodie Whittaker. Sex Education actor Ncuti Gatwa will take over Tennant and play the first gay Doctor.

Bringing Doctor Who to the streamer is a smart move for Disney+ as it hopes to reach 245 million subscribers by 2024. Disney+ also plans to expand to over 160 countries by next year so this is yet another opportunity for the House of Mouse.

“We’re excited by the opportunity to bring new seasons of this beloved franchise exclusively to Disney+ and introduce the show to the next generation of audiences in more than 150 markets around the world. The series is a perfect addition to our ever-growing catalogue of global content that continues to make Disney+ the home for exceptional storytelling,” said Disney+  president Alisa Bowen.

BBC Disney Plus Disney+ Doctor Who 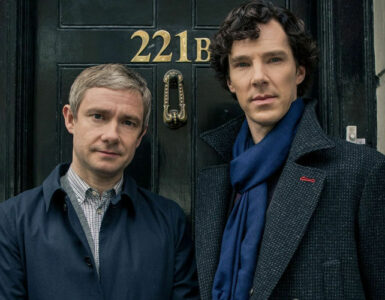 No iconic duo? No 'Sherlock'.