Just a month after releasing its v28 update, Oculus recently announced another update that will roll out to users soon.

v28 previously introduced Air Link, 120Hz refresh rate, and keyboard & desk tracking, but the company isn’t going to stop there. Pumping the headset with full of features, v29 will bring live video overlay feature to casting, a file browser, phone notifications in VR, and more to both Quest 1 and Quest 2.

The new and exciting Live Overlay casting feature gives users an easy way to capture a view of themselves using VR superimposed over the content displayed in first-person within the headset. It will show what players see through the headset and the player itself standing in the same frame.

According to Oculus, any VR app that supports casting and recording will work with this feature. All users need is an iPhone XS or newer, a Quest headset, and the Oculus app for iOS to access this feature.

Another new feature is the File Browser app. With this app users will be able to download, upload, share and browse media files through the browser built into the headset. This app helps with organising photos snapped in VR and saving and sharing captured gameplay with friends via social media sites other than just Facebook.

New to v29 is an Inifinite Office update that gives players the ability to receive notifications in VR. We know what it’s like to lose yourself into the world of VR and come out of it with numerous missed texts, calls and notifications so this new update will allow users to see lock screen notifications from within the Quest headset. This update is available for iOS users using an iPhone 7 and newer, with Android support coming soon.

Last and definitely not the least – ads. Unfortunately, there’s no escaping ads, even in the VR world. Oculus will soon begin testing ads for Oculus content within the Oculus App on mobile. The main goal is to help developers be discovered by more people and for users who are on a look out for new content to find new apps, games and experiences more easily. It’s a useful strategy for smaller developers who have built quality experiences but don’t have the awareness of more popular apps.

Currently, there is no date when the v29 update will roll out but Oculus says that they will be released gradually, and really soon too.

The Oculus Quest 2 is available on Amazon (US) and Amazon (SG) for just US$299 or S$434.55 respectively which is a pretty reasonable price all around. 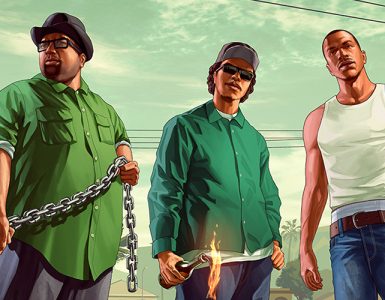 CJ's life is about to get more personal.