Anyone remember reading those Goosebumps spin-off books where you can choose your own story? It was called Give Yourself Goosebumps and it was really popular in the late 90’s and early 2000s. Black Mirror, a similarly creepy series but in video form, will also be getting its own choose-your-own-adventure spin-off. 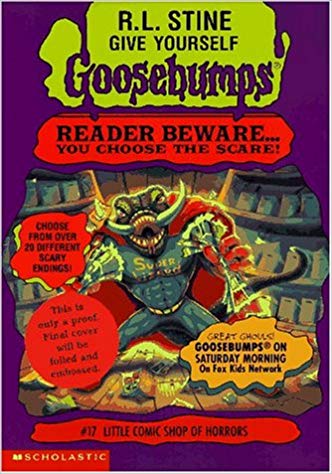 Netflix has been working 0n reinventing the watching experience by creating choose-your-own-adventure episodes. Though this concept is not new, we haven’t seen a big budget version of it. For instance, there are plenty of YouTubers who took advantage of YouTube’s interface to create choose-your-own-adventure stories or Interactive Adventures, as Chad, Matt & Rob calls them.

This won’t be the first choose-your-own-adventure episodes that Netflix releases. There are a handful of animated interactive episodes catered for kids already available, like Puss in Book, staring the lovable Puss in Boots.

The Black Mirror episode will be the first live-action interactive programming, with several more in the plan. Making an interactive episode is sure to be more complicated than a normal episode. There are more scenes to shoot and more production involved. Imagine a branching plotline, but every branch and possible outcome must be written, filmed, then produced. It might be more than double the effort of making a single episode.

Judging by the popularity of choice-based narrative games like Detroit: Become Human, Life Is Strange, or any of the Telltale games, there is definitely a market for these types of projects. It’s not just children that want to choose their own adventures. Adults want that option as well.

Black Mirror is the perfect show to try out the interactive technology of choose-your-own-adventure stories. There’s something quite poetic about a show concerning technology changing lives being controlled by yet another technology.