Having previewed the hack’n’slash dungeon crawler last month, Minecraft Dungeons, and the game is on track to serving up loads of fun for all ages when it launches on 26 May. The game supports up to 4-player co-op play via local or online. Best of all, the developers are working to bring cross-platform multiplayer across Xbox One, Windows PC, Nintendo Switch and PlayStation 4 in the near future through a free update, sometime after release.

I managed to get on a local co-op game session with my 6-year-old son recently (thanks to Microsoft for the early access code). It was his first time playing a Minecraft game, after having watched countless gameplay videos on YouTube over the years. Sure enough, it was easy to pick up and we were questing right away.

Check out the full 1-hr gameplay session below, covering the first 2 quests in the final game. The footage was captured on a Windows PC running in ultra-wide 3440×1440 resolution:

Hello! We’re thrilled to be sharing Minecraft Dungeons. It’s something we’ve worked on passionately for a while now, and releasing it is both incredibly exciting and a little bit scary. We sincerely hope you’ll like it! On a personal level, we’re very much looking forward to seeing players play through the game in its entirety, secrets and all, in a completely hands-off setting. From here on out, it’s no longer just the team’s game – it’ll be something we share with the community, and we’re looking forward to taking their feedback on board.

Aside from our main inspiration – Minecraft – the game is inspired by classic dungeon crawlers and modern, cooperative first-person games. As a development team, these are games and genres we love, and we wanted to combine them into an approachable new experience in the Minecraft universe. To this end, we’ve spent a lot of time attempting to make combat feel fun, precise and arcade-like, as well as making sure that it’s fun to play together. We certainly think it’s great to play in multiplayer! During development, we’ve wanted to make sure that if you put a gamepad in the hands of a player, they’re able to pick the game up and play right away. In addition, we’ve wanted to ensure there’s plenty of depth and interesting decision making in building your character and progressing through the game.

After launch, we’re planning to listen to community feedback and continue updating the game. We’ll be releasing two DLC packs after launch (both of which are included in the Hero Edition of the game), and we’re in the early planning stages of further ongoing updates – although naturally, the community’s response to the game will impact that direction as soon as the game releases. Enjoy!

Minecraft Dungeons launches on 26 May on the PC, Xbox One, PlayStation 4, and Nintendo Switch. And remember, if you’re an Xbox Game Pass subscriber, the game will be free to play from 26 May on both PC and Xbox One. 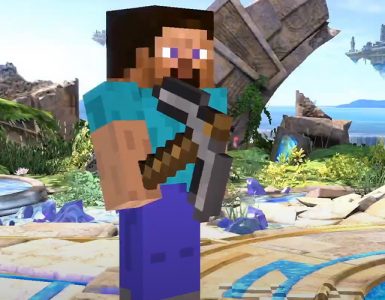 You can literally build over your opponents to victory! 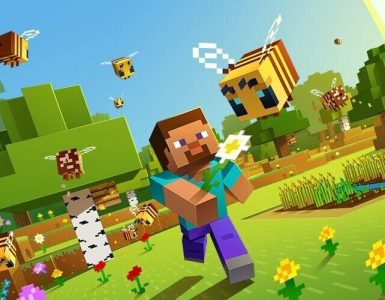 Minecraft To Arrive On The PlayStation VR Later This Month

Minecraft is now virtually a reality.