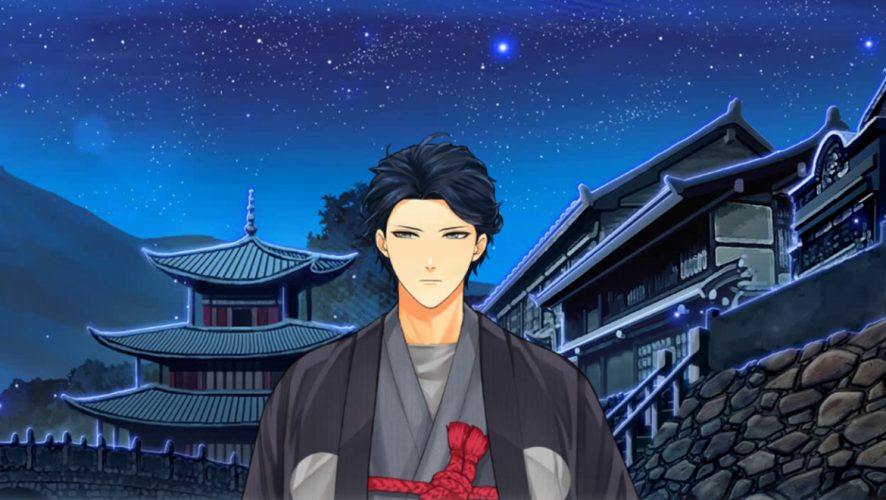 Meeting Cute Boys, And Trying Not To Get Killed In This Japanese Time Travel Visual Novel

If you’re a fan of Japanese history, cute men, and time travel, this might be the visual novel for you. Wishes in Pen: Chrysanthemum in August is an upcoming visual novel by Lunaniere, a subsidiary of Singapore’s Afterthought Studios. Afterthought Studios has several visual novels under their belt, like A More Beautiful World and When Our Journey Ends. Lunaniere will focus more on creating Otome games, or games that are more catered to women. Wishes in Pen, currently raising funds on Kickstarter, is the first project by Lunaniere.

There’s a little demo that you can try out right now on their itch.io website. Having tried it out, it has the makings to be a pretty good visual novel. It starts out as many visual novels go, by coming up with a name. For this particular game, you are able to select between three Main Character (MC) looks. Two of the looks are based on actual cosplayers Rea Kami and Etsuko. 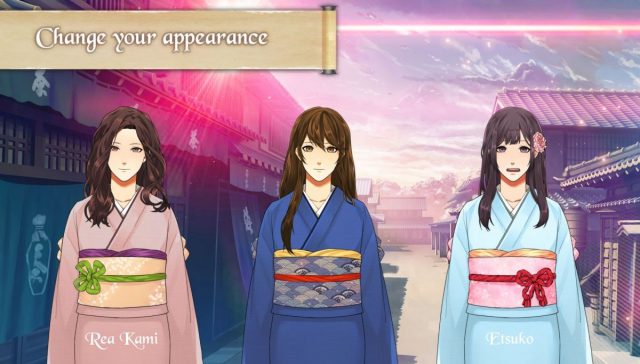 There’s the standard fanfare of setting up the background. MC is a fashion designer who’s not doing so well at her job. Then there’s the twist. After a horrible day at work that resulted in a drunken night, MC had to be taken home by her friend Chie. When MC wakes up, she is not lying in her hotel bed, but in a shallow river in what looks like feudal Japan. Judging by the clothes (she is a fashion designer after all), she concludes that she was in the middle of a Live Action Role-Playing event set in the Edo period. Except she isn’t. After no one responds to her request to borrow a cell phone and an incident involving a real, extremely sharp katana, she grudgingly accepts that she has been transported to the past. グレートスコット!

Soon, you get to meet all the bachelors, who all fit some kind of stereotype. There’s the cold, stoic one; the silent, caring one; the eccentric, way-too-friendly one; the boyish, innocent one; and finally, the leader aka I’m-always-right one. They act differently towards the MC and you start to get a feel for each of their personality. Visually, they look like standard, shoujo style boys with pointed chins and small eyes, just different eye colors and hair. And how will you end up with one of these boys? The Emperor, who you must please at all costs, edicts that the MC will have a place to stay in the palace as well find a man to be married off to. You’re still a modern woman, dammit, and the idea of marrying someone you don’t know just goes against everything you know. But this is the Emperor and displeasing him could result in death, execution style, so the MC reluctantly say yes, starting off the main story of the bachelor of your choosing. And that’s where the demo ends. 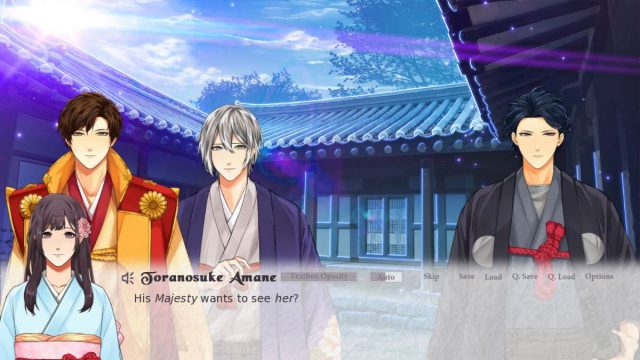 Overall, it seems like a standard-fare visual novel. It starts out a little boring, with all the fashion firm stuff. It remains to be seen how everything will play into the whole Edo period timewarp. Ideally the modern sequence should come in to play sometime, otherwise, the section in her office would seem very pointless. The time travel thing also felt a little bit too typical, but there was a nice little twist in there. When she falls asleep, the MC finds herself back in the river she was in earlier, with a phone ringing in her hand. A mysterious voice on the other side of the line suggests if this was what she wants in life. Who is this voice? Does this mean MC was not sent there by accident? Is she actually in the past or is this some kind of simulation? I find myself genuinely curious about this voice.

I’m assuming a lot of the conflict will come from actual historical events, like the Battle of Toba-Fushimi that was mentioned in the game. There must be more historical references to actual battles and figures in history later on. Definitely, something if you’re a Japanese history buff. 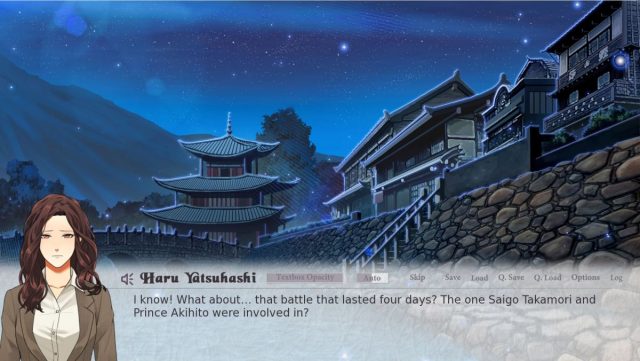 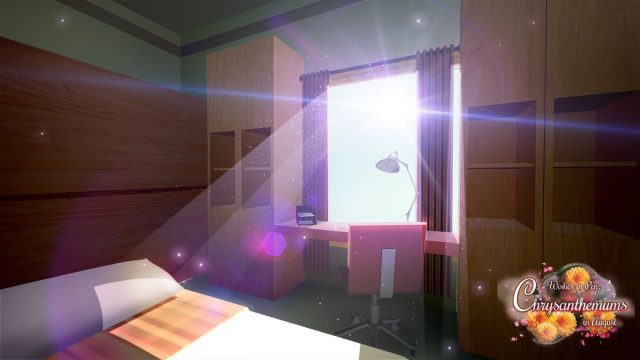 Of course, we can’t talk about visual novels without talking about the soundtrack. It’s tense at the right moment and cheerful at others. One thing to note is that it doesn’t loop very well, as you can tell there is a slight pause before the music restarts. The transition between each track can also be jarring at times and is very noticeable. There are moments when they pause the music to add to the tension, but there were times when the pause feels way too long and gives the impression that maybe a glitch happened in the program instead of it being purposeful.

Nothing particularly stands out from this visual novel. It’s nothing like Doki-Doki Literature Club or Dream Daddy, where each had a very unique, different experience than your typical visual novel. But if you’re interested in the visual novel genre and are on the hunt for a new title, this one can be a good one to try out.

The Kickstarter campaign is still running until September 7 with an estimated launch on March 2019. Give the demo a try and see if it’s up your alley.