Marvel’s Avengers Game Looks Different, And You Might Hate It, But It’s OK

The thing about opinions, be it good or bad, is that everyone is entitled to them. And it’s only when a collective of individuals start making a big fuss over something that things get troublesome.

Enter the upcoming Marvel’s Avengers game, which made its big reveal at Square Enix’s E3 2019 showcase. A game from Marvel, starring the Avengers, where players could possibly take on the role of Thor, Iron Man and Captain America? Shut up and take our money.

But then the trailer dropped, and excitement turned to suspicion, as gamers generated a less than positive response. It did not take long for fans to storm the internet with their complaints about the game which is still very much in early development. Their complaints mainly centred around the character design of the game, and how they all look like a pale imitation of their Marvel Cinematic Universe counterparts.

Captain America looks like a cop in riot gear, who added the stars and stripes to look like the real Captain America. Thor had these massive metallic discs on his chest that looked like incredible headlights. Iron Man felt stiff. Clearly, these are not the Avengers we know and love from the comics, or even from the MCU.

Though we have to ask, why should they look like their MCU counterpart? The development team behind the game, Crystal Dynamics, never stated that the game will be related to the MCU at all. In fact, if anything, it is probably building up a Marvel Game Universe instead, with a little reference to Marvel’s Spider-Man.

But while the Spider-Man game introduced us to a different looking Peter Parker and Mary Jane Watson, as opposed to the different depictions of the same folks in the comics by the many different artists, their newly designed wall-crawler was at least on point, with designs that added a little of Ben Reilly into the mix. On the other hand, the Avengers game looked like it used designs made by a first-year design student who doesn’t read comic books.

In their first announcement of the game, Square Enix stated that the game will “feature a “completely original story” and build a “universe gamers could play in for years to come”, and nowhere did it explicitly state that the game is set in the MCU. Yet, the movie does seem to draw inspiration from the movie franchise, such as the choice of heroes to star in the game — Captain America, Black Widow, Iron Man, Thor, and the Hulk. Sorry Hawkeye, but maybe it’s a blessing you’re missing from another outing, again.

Sure it might be disconcerting to see faces we do not recognise on characters that have grown to be near and dear to our hearts, but it’s still no reason to bring over expectations of once again seeing Chris Evans or Robert Downey Jr.’s face to a game that is not connected to the movies at all, barring the fact that it is also a Marvel property about the Avengers.

Frankly, we feel that if you strip the bias against the game’s characters not looking anything like the actors who probably charge a fee, the gameplay still looks fairly decent. Yes, ALL the outfits can definitely be improved but aside from that, the game looks like it’ll be a fun gaming experience.

Funnily enough, another similar incident that happened not too long ago with Sonic the Hedgehog, though in this case, we feel that the outcry against the design of Paramount Picture’s Sonic was justified.

Unlike Marvel’s lineup of characters which has been portrayed a number of times with varying looks, Sonic the Hedgehog has one iconic look which dates all the way back to Sega’s original game, and rarely differed too wildly since. Hence when Paramount released their trailers and fans of Sonic saw their beloved Hedgehog looking vastly different from how they know him, they were not too happy about that.

The backlash against Sonic’s design ultimately led to the production team agreeing to rework Sonic the Hedgehog’s design, which caused the movie to be pushed back three months after its initial release date.

Unlike the conclusion to the Sonic the Hedgehog debacle, Crystal Dynamics’ lead creative director Shaun Escayg has said in an interview with GameSpot that the team will not be making any changes to the designs in-game.

“We are always listening to, and welcome feedback from our community. There are currently no plans to change our character designs,” Escayg said.

All in all, everyone is entitled to their own opinions, just don’t go overboard with it, and jump on the hate bandwagon before considering the situation a little more.

After all, we can name several instances where our heroes look nothing like the ones we know, but they still work. Earth X anyone? 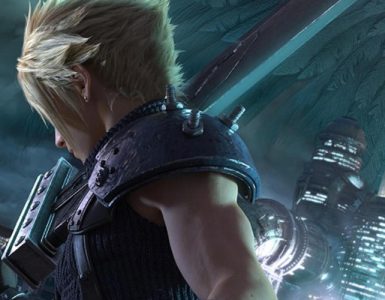 Looks like the wait just gotten a tad longer.