Back in 2017, Nintendo and Ubisoft surprised the world with the unexpected success that was Mario + Rabbids Kingdom Battle. The very nature of the game was seemingly well suited for a one-off, but fans have always held out hope that something more was in the works. Today, the two companies have heard those calls. Announced at Ubisoft Forward 2021, Mario + Rabbids: Sparks of Hope is slated for a 2022 release.

The world is once again under threat, but this time, from a new villain called Cursa. The same XCOM-like experience powered by the mash-up of Mario and the Rabbids will be further improved for the sequel as well.

Levels will no longer be linear experiences. Every planet you land on will become an open location for exploration and battle. We are even losing the grid-based movement, with Mario + Rabbids: Sparks of Hope opting for more freedom in movement.

There will be nine playable characters in total, which includes the Mario, Peach, Luigi, Rabbid Peach, and the newly revealed Rabbid Rosalina. Each will be accompanied by those adorable Sparks as well. If you thought they looked familiar, they are essentially the abbid versions of the Lumas from Super Mario Galaxy.

Mario + Rabbids: Sparks of Hope will be a fully single-player experience, and you can look forward to it in 2022. 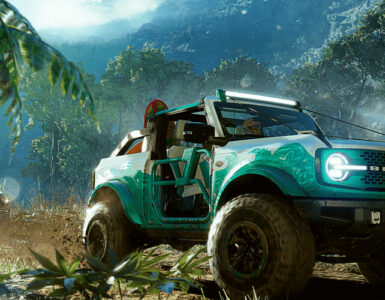