When it comes to intellectual properties, there’s something to be said about the creation of new ones rather than regurgitating sequels or spin-off. But what if you can do both, with certain liberties taken of course? That’s what the team over at Ubisoft is attempting to do with the newly rechristened Rainbow Six Extraction.

Wait. Extraction? Originally announced as Rainbow Six Quarantine at E3 2019, delays and a rumoured name change have been rumbling for a while now. Alas, Rainbow Six Parasite was not incoming, and instead, players are getting Rainbow Six Extraction.

An expansion of the Rainbow Six Siege world that many have grown to enjoy and love, Extraction builds off the foundation of the Outbreak event from 2018. Instead of developing everything from scratch, the team wanted to make more out of what players liked. With the virus from the falling meteorite in New Mexico having evolved into a bigger threat, humankind has to step up to the plate once more to save the world.

The alien Archaeans are now on our turf, and it will take a concerted effort to push them back. In a bid to understand more of what makes Rainbow Six Extraction tick, we sat down for more juicy details with Game Designer Alicia Fortier after our hands-on demo.

While you are still wielding conventional weaponry, with no laser swords or plasma weapons in sight, the idea of fighting an alien threat as just mankind brings about a tension that manages to hold throughout. At least, we have the best of the best on the case with the Operators.

“We still feel we’ve made something very new, within the world of Siege, you know, we decided to go that PvE direction and really give it its distinct imprint within that universe. Sometimes, it’s really interesting to take an existing world and see a different perspective on it,” Fortier explained.

“We saw that there was a hunger in the community with the Outbreak event, and it was really motivating. What if we push this further, what if we transform this into a whole full feature experience and that’s what really drove us.”

Even in the more futuristic take on things in Rainbow Six Extraction, Ubisoft is not going to forget its roots in a manner of speaking. The narrative in the game will be a key part of the process, but perhaps more importantly, gameplay is key. Everything will be centred around the core gameplay experience, which Fortier emphasised, was the team’s approach to development.

Teams of three Operators going up against the Archaean threat will always be an intense affair, something that must contain intensity and challenge to sustain a likely invested audience.

Boredom can be the ultimate obstacle to making a game that has longevity and is enjoyable no matter where or when you jump in. In this sense, the way Rainbow Six Extraction is set up will keep things fresh for the community with its maps, enemies, and gameplay objectives.

All the different mechanics are working together to create something unique in every session, throwing together maps and sub-maps, enemies, and different objectives just to keep your team on your toes.

“That’s part of the appeal,” the designer shared. “You want to make sure that there will be a good variety of challenge. There are things that players can prepare for, how they can respond to them, and that you’re challenging players on different aspects of their gameplay, whether it be like their positioning, their reaction time. Every time that they go into an incursion, they would have a new challenge to tackle and some interesting questions to ask themselves.

From the humanoid looking Archaeans to the terrifying monstrosities that resemble more alien substance than man, every team is going to have their backs up against the walls.

A Measured Approach To Live Service

With 11 objectives for now and a menagerie of Archaean foes to deal with, Ubisoft has a longer runway to think up new ways of elevating the player experience even more in Rainbow Six Extraction. Just like the community that will hopefully take up the mantle of saving the world, the team themselves have been hard at work fine-tuning the game by playtesting it constantly.

With every squad, there is going to be a need for a well-rounded approach, and the developers eventually settled on a trio as the baseline for every incursion. This basically allows for an experience that is both tense and also intimate. As a smaller unit, “you’re going in together to tackle something, and it all feels intense and personal,” points out Fortier.

It will also help when teammates are able to complement each other. Sharing more about her adventures, Fortier pointed out her ability as a communicator, being able to share information about the situations just to keep the team safe simply because she does not like being spotted and getting stressed out.

On the other hand, her squadmates are much better at adapting to sudden changes and dangerous scenarios. Each squad will have players of different perspectives and skills, which is what makes Rainbow Six Extraction an even more enticing affair.

As an incentive for players both and new, progression in Rainbow Six Extraction is more tied to playing and enjoying the game, completing objectives, and doing so as a team, as opposed to being the standout performer. Whether that will be the case when the community jumps in remains to be seen, but it is a clear indicator of how Ubisoft is looking at the game to complement the PvP giant that is Siege.

“We want to make sure in a co-op experience that you’re incentivised to keep working together and to always be making those decisions together because everyone will benefit at the end,” Fortier stated.

“You don’t want one player kind of like getting a million more than someone else, and yet we wanted to leave room for that personal demarcation. So that’s why you get some scoring when you kill individual units. Your performance will have an impact, but the overall amount of points will come from the entire squad’s success.”

For those new to the Siege universe or even multiplayer affairs, Fortier assured us that Rainbow Six Extraction will be a great entry point for anyone. As someone new to Siege as well, the tone and setting of Extraction were intriguing enough to warrant a dip of a toe. However, once you jump in, you will be able to enjoy all these different characters and the narrative.

Everyone will be starting off “on an even footing because there’s so much new stuff to discover.” Even if you are a veteran, “you will get to see everything from a different light.”

The Operators are vital in that area, bridging the gap between the two games, but also allowing for Ubisoft to do something different as well. Operators were picked with the understanding that “their kit would be interesting in this different world with different challenges.”

Be it offensive, defensive, or even abilities that bring more control, all the available Operators will provide players with unique playstyles. Specific ones, such as Vigil, have been modified gameplay-wise to make more sense as well. When Ubisoft looked to change stuff, they did it “when it was meaningful and impactful for the co-op and gameplay experience.”

Trying to create something new is always going to be difficult, but Ubisoft definitely has a good foundation to work off from with Rainbow Six Extraction. Based on what we have seen, played, and understand thus far, the future appears bright even with an alien invasion on the cards.

For those looking for a multiplayer experience that is truly about the co-op nature of things, Rainbow Six Extraction should be high on your list when it arrives later this year. 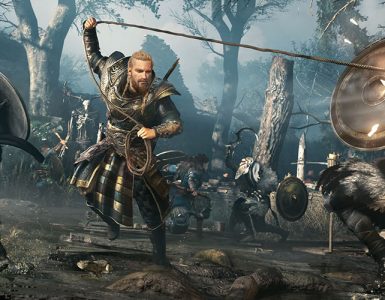