There is probably no character in Magic: The Gathering as iconic as the Jace Beleren, the Mind Sculptor. The iconic Blue Planeswalker was, at one point in time, one of the most powerful cards in existence, to the point that he was outright banned from just about every official tournament there was.

This time, however, the card game does justice to the character in the most interesting of ways. In celebration of Jace’s 25th anniversary, M:TG has teamed up with American footwear brand K-Swiss to announce a new limited-edition Gstaad ’86 sneaker inspired by the character’s blue/white colours on his outfit.

The shoe sports a premium leather upper with hues of blue and hits of white, as a direct reference to Jace’s clothes. The tongue features the Magic: The Gathering logo debossed onto it, while the metal lace clip-ons and insoles are based on Jace’s character design. Even the box that it comes with is also inspired by Jace’s design. The laces are interchangeable between white and deep blue, and both feature the K-Swiss and M:TG logos in red.

Most strikingly, however, the white lining on the midsole, outsole, sockliner, K-Swiss logo and the logo on the midfoot are all glow-in-the-dark, as a homage to Jace’s iconic tattoos on his face and body, which light up as he conveys his telepathic powers.

The K-Swiss Jace Beleren Gstaad ’86 sneakers are available now exclusively at Hasbro Pulse, and retail for US$100. 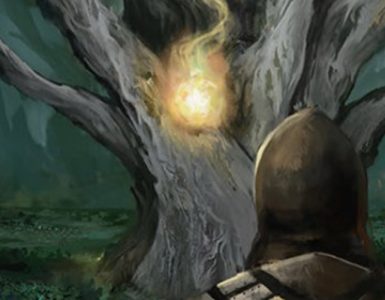