The latest Dungeons & Dragons set added to Magic: The Gathering card-verse is Commander Legends: Battle for Baldur’s Gate, out on 10 June 2022. This set brings you back to one of the Sword Coast’s most populous cities with new and revised old game mechanics.

Here’s a quick primer on Commander Legends, which was first introduced in 2020. It allows the Commander Draft format, where players draft a 60-card deck and face off in a four-player game. The deck has a Partner mechanic which allows for powerful synergies to be created with two Commanders in your deck.

New to this set is the Background mechanic, which is supposed to simulate how your commander came to be in that particular deck (like how D&D players create backstories for their characters).

Gameplay-wise, while the Background card can be played like any other enchantment card, it has a special function — being able to become the second Commander in your deck through the Partner mechanic, if your chosen Commander creature has a line that allows you to select a Background.

The ‘Commander tax’, the additional two mana cost for every time you’ve cast a commander from the command zone, applies separately to your Background.

Initiative is a common term in Dungeons & Dragons, in which the player with initiative gets to move first.

Initiative can be obtained in several ways, and only one player can hold the initiative at any time. First, by playing a card that lets you take the initiative.

First introduced in Magic through Dungeons & Dragons: Adventures in the Forgotten Realms, the Dungeon card is making a return in the form of Baldur’s Gate’s Undercity.

Like previous sets’ Dungeon cards, The Undercity card starts outside the game and can end up in the command (play) zone for a while.

Only the ‘venture into Undercity’ action lets you begin exploring the Undercity and put it into play in the command zone. Other ‘venture into dungeon’ action only starts other dungeons, such as the Lost Mine of Phandelver.

However, once you have your marker in the first zone of either Undercity or the Lost Mine, any of the ‘venture’ actions will move your marker to the next zone on the card. You cannot have two Dungeons in play at any one time.

It is a returning land-type card that has abilities that factor in other Gates you control.

If you are new to Magic: The Gathering, the Commander Legends sets are a good place to start. For a quick overview of the game, check out our primer that helps you get your foot in the door. 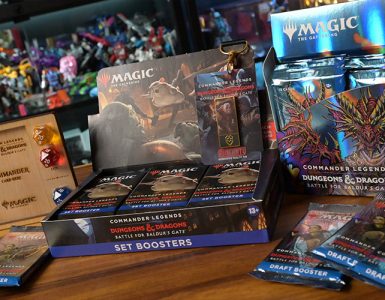 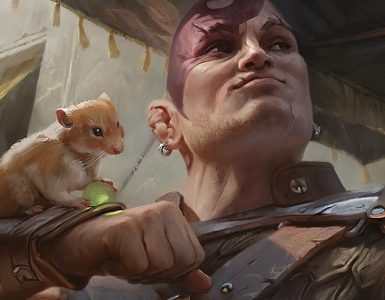 Time to spare some coin to improve your commander deck!