If you weren’t already aware, the entertainment juggernaut that is Star Wars welcomed another iconic addition to its family in the form of Grogu AKA Baby Yoda, thanks to the success of The Mandalorian series. Its appeal is understandable, and now, a new partnership has made it possible for its cuteness to reach a brand-new audience. Lucasfilm and Studio Ghibli recently put out a new hand-drawn short film featuring Grogu together with the anthropomorphized coal dust bunnies from Spirited Away.

Available on Disney+ since 12 November, the animated short titled Zen – Grogu and Dust Bunnies is the directorial debut of Studio Ghibli veteran animator Katsuya Kondo. Having previously worked on the likes of Kiki’s Delivery Service and Ponyo, the three-minute project gives us a good idea of what he can bring to the table.

In short, we see Grogu trying to meditate in peace, only to be pursued by a pack of dust bunnies. Cue mayhem and laughs, and if that doesn’t get you, maybe the music of The Mandalorian composer Ludwig Göransson will.

Of course, the Lucasfilm and Studio Ghibli collaboration didn’t come out of the blue, with the latter teasing fans online via a series of tweets. Seeing a Grogu figurine and Hayao Miyazaki in the background is more than enough to get fans into a frenzy.

This also isn’t the first time that Lucasfilm has ventured into the world of anime, with the Star Wars: Visions anthology series now set to welcome a second season. Hopefully, Zen – Grogu and Dust Bunnies is able to appeal to fans from both sides, and fill the gap before we see Miyazaki’s next project, The Wind Rises. 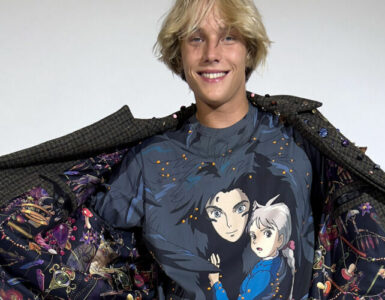