Hot on the heels behind Valve after their recent adaptation of DOTA, the battle for MOBA content supremacy continues on Netflix as Riot Games announces Arcane, an animated series based on League of Legends.

League of Legends is basically a 5v5 multiplayer online battle area (MOBA) similar to DOTA, where players pick their heroes, team up, strategize and fight against one another.

While Riot Games isn’t new to the animation game, this marks their first adaptation and official entry into the cinematic world. Arcane will be developed and produced in partnership with Fortiche Productions.

The 18 seconds teaser captures several notable heroes from the game such as Caitlyn, Jynx, Vi, and Warwick.

According to Riot Games, the animation will follow the origins of two iconic League champions we believe to be Jinx and Vi, and the story is set in the past around the utopian region of Piltover and the underground of Zaun.

Likewise to DOTA: Dragon’s Blood, Arcane should be a piece of awesome news for fans who want to explore more into the story and lore of the game.

With their name renowned in the gaming and music world, it seems like Riot Games has taken their final step to stake their claim in animation as well.

Arcane is slated to release exclusively on Netflix Fall 2021. 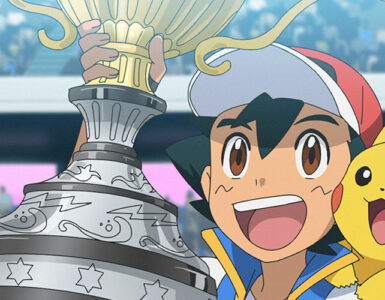