Following speculation circling Lady Gaga‘s potential role as Harley Quinn in the upcoming Joker sequel, the actress-singer has confirmed that she’ll be appearing opposite Joaquin Phoenix in a short animated teaser for Joker: Folie à Deux.

Set to Gaga’s cover of “Cheek to Cheek” with Tony Bennett, the reel, which was posted to her official Twitter account, shows a silhouette of who seems to be Harley Quinn dancing with the titular character. Details on her character are still under wraps, so there’s no confirmation on whether Gaga is indeed taking on the role of Joker’s partner-in-crime, but the latter has proven to be a durable character for Warner Bros.

On the live-action front, Margot Robbie has already played the role three times — in Suicide Squad (2016), Birds of Prey (2021), and James Gunn’s The Suicide Squad (2021) — while the popular animated series, Harley Quinn, is now in its third season on HBO Max.

Joker: Folie à Deux sees Phoenix reprising his role as Arthur Fleck aka Joker, with Todd Phillips returning to the director’s seat and co-writing the script alongside Scott Silver. The film will be a musical, and is slated for release on 4 October 2024, though it’s unclear whether the Phillips and the team are using other DC characters or giving them new characterisations, as they did in many instances with the first movie. 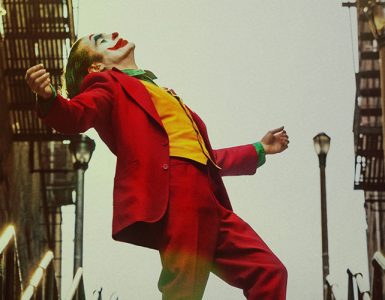 Yup, production on the Joker sequel has begun. We live in a society.