While we would have preferred an actual sequel, L.A. Noire will be making its appearance on all modern day console and even VR!

The game certainly had its fair share of issues right from the start and compared to Rockstar’s other stable of works, this might be considered one of the less impressive titles. However, that being said, it also highlights how impressive the company’s pedigree is.

Out of the four versions, I’m actually looking forward most to the Switch and VR versions of the game. Switch owners will get a complete original game with additional downloadable content plus specific enhancements making full use of the console’s touch display. Over on the VR side of things which will be exclusive to the HTC VIVE seven select cases from the original game rebuilt specifically for a virtual reality experience. The rest of the guys? Their stuff looks prettier.

Honestly, to me, a Rockstar game, such as L.A. Noire is all about the story. So I’d take a new experience anyday over a new gloss of paint. 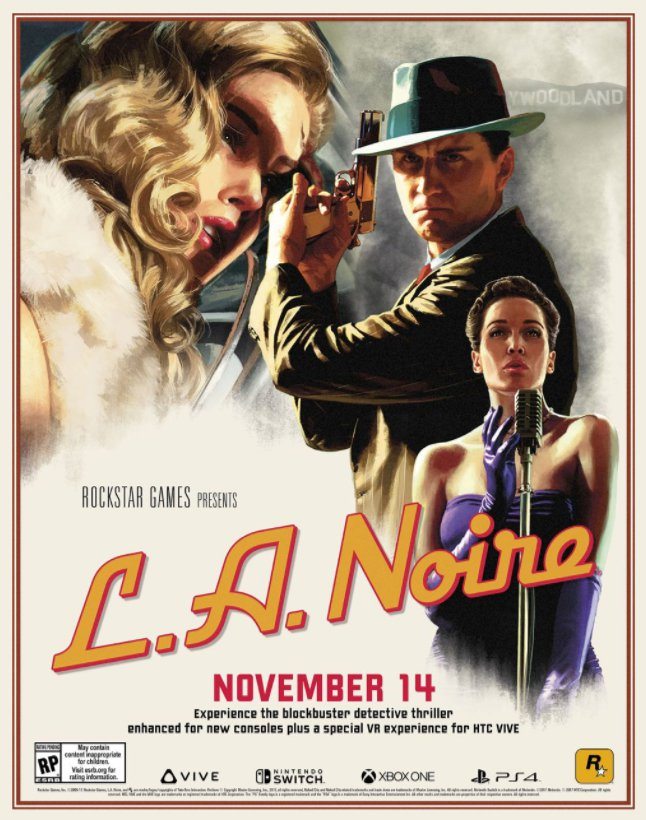 L.A. Noire for PlayStation 4 and Xbox One delivers the complete original game and all additional downloadable content with a range of technical enhancements for greater visual fidelity and authenticity, including enhanced lighting and clouds, new cinematic camera angles, high resolution textures and more.

Next up, Red Dead Redemption please!