Art can come in many forms, and for acclaimed creator, Hideo Kojima, film, music, and television are definitely three areas that he is quite fond of. It should not come as a surprise then, that Kojima Productions, the studio behind the likes of Death Stranding, now has a new division dedicated to TV, film, and music.

As reported by GamesIndustry.biz, the new team will be headed up by Riley Russell, who comes over after close to 28 years at PlayStation fulfilling a variety of roles. The new division will be based in Los Angeles, California, however, no new projects have yet been announced.

“The new division will be tasked with working with creative and talented professionals in television, music and film, as well as the more familiar games industry,” Russell shared.

“The team has as its charter, the goal of expanding the reach and awareness of the properties now under development at Kojima Productions, and to make them even more a part of our popular culture. Although we are a global organization, the new business development team will be centred in Los Angeles, CA. We are truly excited and looking forward to working with the very best entertainment talent we can, across all of the entertainment industries.”

How this new Kojima Productions division will impact the video game front remains to be seen, and it would not be too far out to think that this will allow Kojima’s storytelling to become multi-faceted, combining film, TV, music, and video games in one universe.

This line of thought is echoed by Business Development Manager Yoshiko Fukuda, who explained that “finding new ways to entertain, engage and offer value to our fans is essential in a fast-moving, ever changing storytelling world.”

“Our new division will take the studio into even more areas that present our creative narratives beyond videogames and to open up ways for our fans to communicate and immerse themselves in these spaces.” 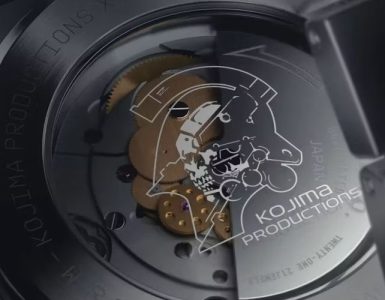