Just like the games he is used to making, Hideo Kojima is never one to shy away from surprising his fans. In the latest partnership for Kojima Productions, the team is teaming up with NASA not for a game, but instead for a watch that is being produced by watch designer Anicorn called Space Ludens.

Based on the visual style of Kojima’s company mascot while incorporating design elements of the NASA logo, the Space Ludens definitely looks cool, and is easily recognisable in terms of elements from both NASA and Kojima Productions.

“ANICORN is honored to present the once-in-a-lifetime collaboration timepiece – SPACE LUDENS, an epic partnership that is inspired by Ludens to proclaim creativity, imagination, and the play element in culture,” the designer said via Twitter.

“ANICORN designed SPACE LUDENS with KOJIMA PRODUCTIONS using the NASA logo as one of the design motifs, it is a perfect alignment with the concept of ‘bringing fun into the unknown universe’.”

For those that have followed Kojima Productions, the Extra-Vehicular Creative Activity suit is quite apparent in the design, and anyone looking to rep their love for the studio can do so starting on 27 September when Space Ludens goes on sale.

More on the watch will be revealed in the coming days. As for the video games front, we are still waiting to find out just what Elle Fanning is doing with Kojima, so as usual, we anticipate a surprise one way or another. 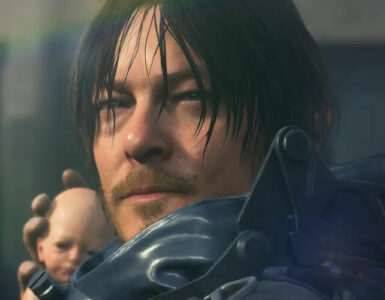 Time to build connections on the big screen.