Landing the role of James Bond is likely the biggest Hollywood gig for an actor, but producers Barbara Broccoli and Michael G. Wilson still have to “pitch prospective actors on the part.”

The search for James Bond is still in its “early stages” and despite the opportunity of a lifetime, finding the right actor for the role is more difficult than led on. A few names have been thrown around for consideration, with Idris Elba as a popular long-running candidate.

Unfortunately, wearing a tux and sipping martinis isn’t enticing enough for Elba who has openly expressed his disinterest – something the producers appreciated knowing because the franchise needs an actor that can commit to at least a decade of espionage outings.

“The thing is, it’s going to be a couple of years off,” Broccoli said. “And when we cast Bond, it’s a 10, 12-year commitment. So he’s probably thinking, ‘Do I really want that thing?’ Not everybody wants to do that. It was hard enough getting [Daniel Craig to do it].

Other names include Henry Cavill, Tom Hardy, Aidan Turner, Rege-Jean Page and Chiwetel Ejiofor and whilst all these men are talented, producers Broccoli and Wilson say casting Bond isn’t just about picking a good actor, but also choosing someone who can reinvent the character for modern times.

“That’s why, when people go, ‘Oh, who are you going to get?’ it’s not just about casting an actor for a film. It’s about a reinvention, and ‘Where are we taking it? What do we want to do with the character?'” explained Broccoli. “And then, once we figure that out, who’s the right person for that particular reinvention?”

Both Wilson and Broccoli have left their mark on Bond, particularly in humanising the once-womanising spy and ensuring meatier roles for female stars of the franchise. This is something the producers intend on continuing in future Bond films.

“It’s an evolution,” said Broccoli. “Bond is evolving just as men are evolving. I don’t know who’s evolving at a faster pace.”

Craig, she adds, “cracked Bond open emotionally,” bringing audiences into the character’s inner life. “The films over his tenure were the first time we really connected the emotional arc.”

Craig played Bond for 15 years over the course of 5 movies. 2021’s No Time To Die marks his final outing as the agent. He is the sixth actor to take on the role, which was first helmed by Sean Connery in 1962. Since then actors like George Lazenby, Roger Moore, Timothy Dalton and Pierce Brosnan have taken on the 007 name.

Brosnan once said, “More people have walked on the moon than have played James Bond” and so fans ought to sit back and enjoy a martini whilst the producers continue on their search for a new man – perhaps even woman – to fill the shoes. 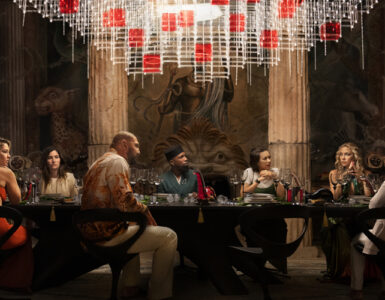