After a long wait, a Riverdale and Chilling Adventures of Sabrina crossover is finally here.

Kiernan Shipka’s Sabrina Spellman is reprising her role as the teenage witch in the upcoming Riverdale season 6.

Showrunner Roberto Aguirre-Sacasa, who was a writer and producer for both series, said in a statement: “We’ve been talking about having Sabrina visit Riverdale since season 1, so it’s thrilling that this is finally happening, as part of our Rivervale special event.”

“It’s also perfect that she shows up to help Cheryl Blossom (Madelaine Petsch) during her hour of greatest need. Everyone on set lost their minds – I think fans will, too. It’s really fun and special.”

Sabrina will arrive on Riverdale in season six’s fourth episode, titled ‘The Witching Hour(s).’ In the episode, Cheryl is performing a dangerous spell, one that may mean the difference between life and death for a beloved member of the Blossom family. Luckily, she’s getting a much-needed assist from the iconic Sabrina Spellman who is visiting from Greendale.

Kiernan confirmed the news in an Instagram post of herself on set with the caption: “From Greendale to Riverdale… See u in Season 6.”

Chilling Adventures of Sabrina ended its final season in December 2020 after four seasons. According to Aguirre-Sacasa, if the series hadn’t been cancelled, the fifth season would’ve seen a big crossover event between the two popular series involving a major witch war. Whilst it’s unlikely that Shipka’s appearance in Riverdale’s sixth season will be the full-scale witch war Aguirre-Sacasa originally imagined, it still is a cause for celebration for fans.

Riverdale season six is set to premiere on 16 November 2021. 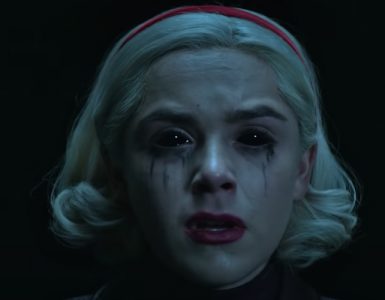