It seems Just Cause will be the next video game to get a movie adaptation, with John Wick’s creator and writer Derek Kolstad signed on to pen the script for the movie.

Germany-based Constantin Film has acquired the feature film rights to the video game franchise, and will be partnering up with Adrian Askarieh of Prime Universe Films to produce the film. Constantin Film’s Martin Moszkowicz will be the executive producer of the film, along with Square Enix.

According to Deadline, not much will be changed to make Just Cause fit the mould for a feature-length film. The film will supposedly feature Rico Rodriguez who is once again on a race against time to stop The Black Hand, a mercenary group that has shown up in three of the four games released.

Over the years, Rodriguez has become one of the few iconic Latino characters in video games. Along with his trusty grappling hook and stealth wing-suit and signature “agent of chaos” approach to stopping the bad guys, it’ll definitely be a fun spectacle to watch as Rodriguez pulls out all the stops to bring down the mercenaries.

This project is a top priority for Constantin Film and they are expected to start filming in 2020 once they have found a suitable director, and lead actor to star in the film. 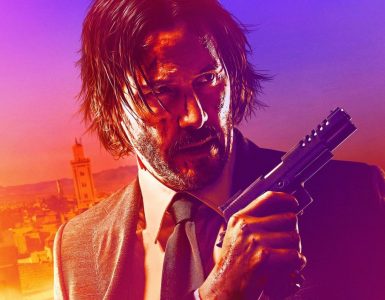 John Wick will be back.

Hanks already reached out to express his interest in the film.