Chris Pratt is slowly taking over the world of animation. The Guardians of the Galaxy actor is going to voice the lasagna-loving, Monday-hating feline Garfield in a new animated movie.

Created by Jim Davis, Garfield first appeared in the comics sections in 1978. The lazy orange tabby cat often creates problems for his human owner Jon Arbuckle. Sarcastic and witty in tone, Garfield became the most widely syndicated comic strip in the world.

The lasagna-loving feline previously appeared on the big screen in live-action/animated hybrid 2004 Garfield movie and its sequel Garfield: A Tail of Two Kitties in 2006. At the time, Bill Murray voiced the character.

This announcement comes after Pratt’s recent casting as Mario in the new Super Mario Bros. animated movie. Voicing Garfield and Mario adds to Pratt’s growing list of voice work experience as the actor previously worked on the Lego Movie films and Onward.

Behind the new Garfield animated movie is Andrew Kosove and Broderick Johnson. The script is written by Oscar nominee David Reynolds (Finding Nemo) and the movie is being directed by Mark Dindal (Chicken Little). Both Reynolds and Dindal worked together on The Emperor’s New Groove.

No other casting has been announced. 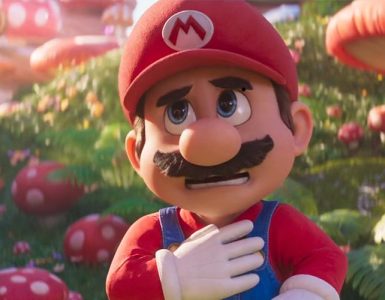