This announcement was made clear by host Ryan Penagos at Marvel’s Fantastic Four: World’s Greatest Week live stream, and on Marvel’s Twitter, the latter of which was retweeted by Insomniac, with just the eyes emoji, suggesting that fans of the game should keep their eyes peeled for what’s to come in the near future.

If you were to scroll down on the comments on the tweet, you’d notice some speculations fans are currently making on what this new piece of Spider-Man content might be.

Based on previous DLC releases, Insomniac might release a new one, this time accompanied by Fantastic Four-themed Spidey suits. In the comics, Spider-Man wore them as part of an FF team-up. Here are two of the more popular suits that fit this description:

Spider-Man has had a long history with the Fantastic Four, so it wouldn’t be a surprise if Insomniac’s next set of suits are a homage to Peter Parker’s friendship with the iconic quartet.

Also, Insomniac is one who listens to their fans’ requests if they plead hard enough. Sam Raimi’s beloved movie version of the Spidey Suit getting a holiday release is a testament to that.

What’s actually in store for us Spider-Man fans will be just a matter of time. 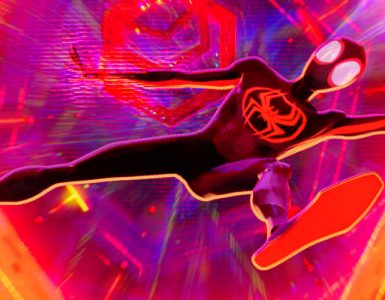