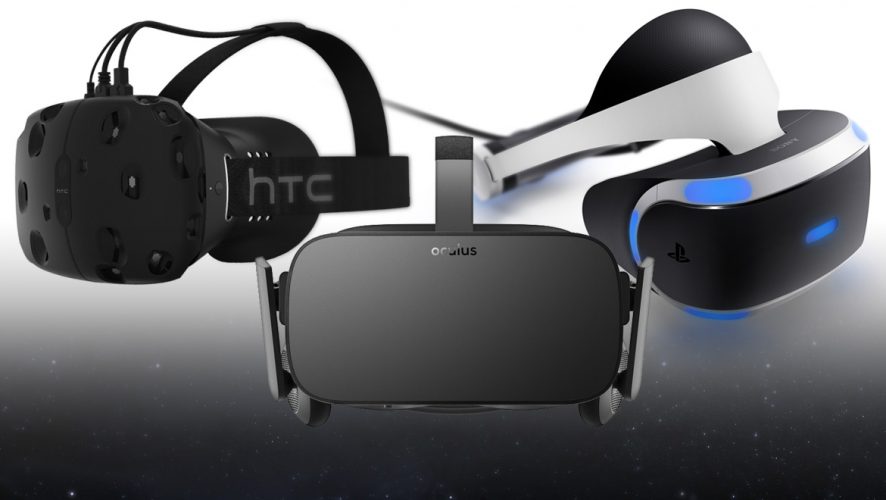 With Sony having announced the launch date and price for their PlayStation VR virtual reality device, the stage is set for a three-way fight alongside Facebook’s Oculus Rift and HTC/Valve’s HTC Vive, to do battle for gaming’s next biggest thing.

Or is it just hype?

The last time I tried VR along with gaming was way back when, with Nintendo’s Virtual Boy. It was a device with great ambition, but just like the smartwatches of today, the real question is, “Do you really need it?”

When it comes to virtual reality, Sony, Oculus and HTC aren’t the only players around, but VR from Samsung and LG are locked in the mobile space. This leaves the PlayStation VR, Oculus Rift and the HTC Vive as the remaining contenders in the looming battle.

Sorry Facebook, but PlayStation VR and the HTC Vive leading in terms of content, and are pretty much competing neck to neck in this respect. The main difference here would be if you prefer tapping into a solid library of PlayStation game titles, or games already available on Steam.

In my opinion, PlayStation wins the fight here, as it has a much bigger present day library as compared to Steam. While Half-Life 2 might be a totally new experience in VR, it is still the same old title that was released eight years ago. Compare that with the prospect of the cinematic storytelling through the eyes of Nathan Drake and the Uncharted series, and we have a clear winner.

Sony has also promised that gamers can use the PlayStation VR for regular gaming with pretty much its entire catalog of titles, by projecting games onto a screen 5 meters in width, at a distance of 2.5 metres.

Yes, I know that Oculus too has announced a slew of launch titles, but they pale in comparison with their competitors.

While the HTC Vive might have an older library, Oculus’ release games look to be obscure and closer to the type of quality that we see with mobile games. The only recognisable game title that might turn heads would be EVE: Valkyrie, but even that might be a stretch for any non MMO players, and there are plenty out there.

Each piece of of VR hardware comes with its own sets of peripherals, and this is where is gets tricky. Let me break it down for you by brand, so you’d get a better understanding of what it might look like when fully set up.

PlayStation VR requires a PlayStation 4, and on top of that you will need a PlayStation 4 camera, as well as two PlayStation Move controllers. If you only own a PS4 console, a US$499 bundle for everything else has been announced.

Of the three, the PlayStation VR has the lowest display resolution, with its OLED screen outputting at 1920 x 1080 pixels. This is important because the VR devices sits so close to your eyes, you would need to a higher resolution screen so that things would not look pixelated. If you’ve ever zoomed in onto a image on the Internet, this is what it looks like.

The Oculus will be first out of the door but the hardware release is incomplete. Their starter kit will include a sensor, an Oculus Remote and aXbox Controller. Yes, I’m surprised by this too, but the Xbox controller is an interim accessory, until the actual Oculus touch controller get released later down the road.

The resolution for the Oculus Rift is higher, at 2160 x 1200 pixels, and things cannot look any better.

The HTC Vive is very much similar to the Oculus Rft, but they’ve been able to get all their hardware together to launch as a single release. Apart from the headset, you will also be getting two wireless controllers, along with two sensors.

Of course, you will also need a suitable gaming rig, similar to the one needed for the Oculus Rift, to run the HTC Vive VR system. Like the Rift, the resolution for the HTC Vive is at 2160 x 1200 pixels.

So how do these numbers actually matter in your experience? Our resident tech expert TechGnome explains that while PlayStation VR is outputting at a lower resolution (visuals look less pretty), it does offer video at a higher refresh rate of between 90hz and 120hz, and this allows for more fluid visuals. While the Oculus Rift and HTC Vive have higher resolutions, the refresh rates are fixed at 90hz.

The last thing you’d want your VR experience to be, is a powerpoint slide that shows up frame by frame. This is where the refresh rates come into play.

But the Rift and Vive have one clear advantage and that is motion tracking, which means users can actually move and look around in the VR environment. With the PlayStation VR, users simply sit still in one place. If you’d like a VR experience that allows to move about, the Oculus Rift and HTC Vive bring out a brand new experience.

When it comes to the price of adoption, which includes all of the frills, the PlayStation VR comes in at the cheapest, hitting close to US$900 for everything in, including the PS4.

While price might not be the deciding factor, one must always consider the purpose of using VR devices. In this regard, that PlayStation VR is in a better position when it comes to games.

At this juncture, I’ll actually suggest holding back and see how it all plays out. VR is still very much in its infant stages, and I would not be surprised if we might see giant leaps in the following year. The price is still very prohibitive, so regular gaming with a controller or keyboard and mouse will still be the way to go.