The Wizarding World of Harry Potter has always been one that teases the imagination. After all, who doesn’t want to attend a magic school and explore a world filled with secrets, magic, and wonder? Hogwarts Legacy is an upcoming game that brings that fantasy to life, and we got a closer look thanks to the latest PlayStation State of Play.

Due to the rich lore of the world, Harry Potter has all the elements to make for a breathtaking experience of an open-world game. However, the narrative force of the original story and the characters have made such a game difficult to create. After all, if players take on the roles of the main characters, they will be compelled to chase plot point after plot point without being given much room to explore the fascinating world. If they’re not playing as the main characters, then players end up feeling like background characters being dragged into the larger, world-shattering events around them.

Also, due to the Wizarding World’s connection with the real world, if a game is set in the 1900s, the actual historical events looming can be quite the problem from a narrative and design standpoint. If it’s set in the 2000s, then the tension between the Wizarding World and technology becomes a thematic thorn that could interfere with the atmosphere of the world.

Hogwarts Legacy‘s solution then, is to set the game in the 1800s, before the explosion of modern electronics, and before the events and characters of the books are relevant. This serves to both preserve that idyllic yet mysterious vibe of the world while also slowing down the narrative pace for players to experience life at Hogwarts and explore the world of magic.

Instead of having the player start as a new first-year student, the player character will be entering Hogwarts and starting the game as a fifth-year. This is an approach that both creates intrigue about the character’s history, and also allows players to be plunged right into the spell-slinging and magic without going through the by now hackneyed plot beat of a child being awestruck by the fantastical. Avalanche Software is aware that players will be awestruck by the design of the game, especially with the next-gen graphics bringing the world to life, and the way to get there is to present it in full. There’s no need to include that transitional portion into the narrative itself.

There are familiar sights in Hogwarts Legacy. The Sorting Hat, common rooms for the houses, various classes (Potions, Defence Against the Dark Arts, Charms, Herbology, and more), house-elves, fantastic beasts, flying on broomsticks, and so on. As far as characters go, the one that fans will recognise, as far as the State of Play showcase is concerned, is Nearly Headless Nick. Thus, even though the game is set in the 1800s, there are more than enough familiar elements to feel like the Hogwarts we know and love.

The player character can be customised, with a report by Bloomberg suggesting that the options could also allow for transsexual characters to be created, but based on the video, it seems like there is a core story to explore. It involves the character uncovering secrets and mysteries hidden within the uncanny nooks and crannies of Hogwarts, discovering their talent and ambition for wizard duelling and the mystifying ancient magic, and quelling a conspiracy involving goblins and dark wizards.

In this game, the Room of Requirement, which is a secret room in Hogwarts that appears when a person needs it, serves as a central hub for players to access all the upgrades, crafting stations, and the menagerie of magical beasts they gather over the course of the game.

The combat too looks impressive. In Harry Potter, combat has always been a bit of a weak point, since most spells in the lore are largely utilitarian and not combat-oriented in nature. Even for those that are, visually, it usually ends up with characters spraying streams of light at each other. By introducing ancient magic into the equation and introducing creative ways to fight with familiar spells, Hogwarts Legacy manages to make combat look more action-packed. There are shades of Control here.

This is shaping up to be the Harry Potter game that fans have wanted for years. With a variety of lessons, crafting, wizard duels, mysteries to solve, and conspiracy to uncover, there is no doubt that Hogwarts Legacy is one of the most highly-anticipated games of the year.

However, for some, J.K. Rowling’s controversial stance on transsexuality could be an issue when it comes to supporting the Happy Potter franchise. While the developers have distanced themselves a bit from Rowling in their FAQ, stating that “the story showcased in the game is not a new story from J.K. Rowling”, the game still involves collaboration between the developers and Rowling’s “team”. Thus, it is ultimately dependent on personal beliefs and comfort level whether to support the game or not.

The game is slated to be released in late 2022 for the PlayStation 4, PlayStation 5, Xbox Series X/S, Xbox One, Nintendo Switch, and PC. 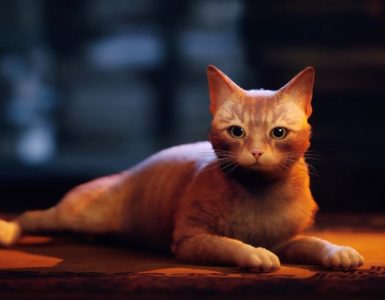 Cyberpunk Cat Game ‘Stray’ Gets July 2022 Release, Free On PS Plus Extra Tier And Above

The purr-fect way to live out your cat dreams. 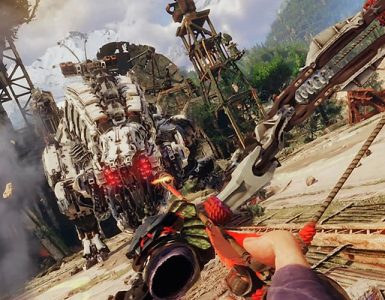 A new way to experience the Horizon series, and it's looking great.