Superheroes aren’t the only ones leaping through the multiverse as our favourite fantasy heroine is back to diving through parallel worlds in season 2 of His Dark Materials. The show, which is based on the novel, The Subtle Knife arrives on HBO this fall.

Season 2 reintroduces beloved characters such as Lyra Belacqua, played by Dafne Keen (Logan), and introduces a new main character, Will Parry, played by Amir Wilson. We are excited to meet Will as he starts his adventure from our world’s Oxford, and he and Lyra will be exploring the mysterious city of Cittàgaze together.

Fans of fantasy series will also be greeted by a familiar face. Eagle-eyed fans have spotted that Bella Ramsey or better known as Lyanna Mormont in HBO’s Game of Thrones will be amongst the new cast.

Moreover, Phoebe Waller-Bridge will reunite with actor Andrew Scott as John Parry’s osprey dæmon Sayan Kötör. “My daemon is going to be played by somebody who is very close to me in real life which is a young performer and writer called Phoebe Waller-Bridge,” Scott said. The two have previously starred in acclaimed comedy and not-quite romance Fleabag.

Jack Thorne’s (Wonder) TV adaptation of the novel has created a huge buzz since its inception back in 2019 due to its promising storytelling and visuals as compared to the rather unfortunate 2007 movie adaptation.

The first season itself ended on a cliffhanger with Lord Asriel’s (James McAvoy) betrayal and his continuous research on Dust while in exile. While McAvoy’s character does not appear in book 2 which the 2nd season is based on, the writers had intended to create a standalone episode featuring the character’s supposed activities during that time.

Unfortunately despite receiving blessings from author Philip Pullman himself, they had to cut out the episode due to COVID-19 lockdowns, hence James McAvoy won’t be featured in the season, sorry McAvoy fans. (However, we suspect that Season 3 will most likely feature him heavily though so look forward to that!)

His Dark Materials is based on the long-time bestselling novel series of the same name by Pullman. The series is highly acclaimed among its peers in the fantasy genre but has also been rife with controversy due to its supposed promotion of atheism and attacks on Christianity. It was even championed to be banned at one point by the Catholic League.

Season 2 of His Dark Materials will be released this fall so keep your eyes peeled for more news till then! 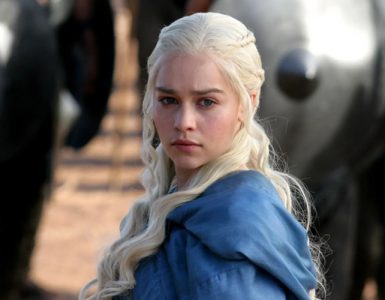 The mother of dragons could possibly be an alien invader. 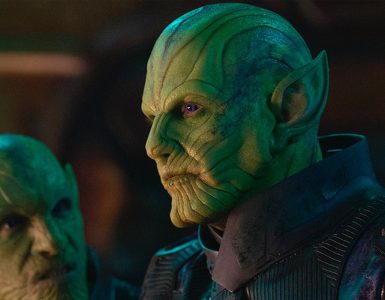 The Skrulls have a new leader.

Star Wars Day 2021 Singapore: How To Experience All The Events & Activities At The ArtScience Museum

Geek Interview: Shadow and Bone’s Jessie Mei Li On Being Biracial And The Significance Of Having It In The Fantasy World