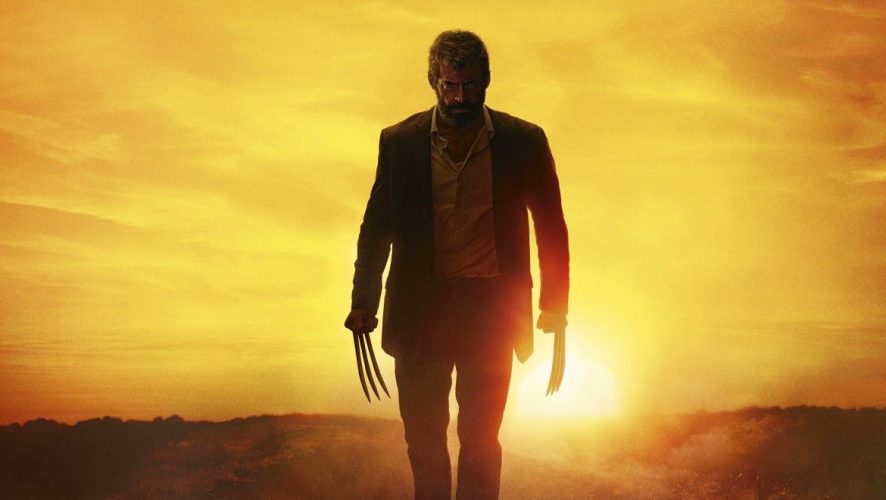 Any comic book fan would be familiar with Uncanny X-Men #132. It’s the fourth issue in a saga that first introduces the Hellfire Club, and at the end of this issue, a presumed dead Wolverine emerges from the sewers declaring, “Okay, suckers – You’ve taken yer best shot! Now it’s my turn!” This was the Wolverine I grew up reading and even though modern comic book fans credit the likes of Silvestri, Hama and Lee in crafting the character of Wolverine, the essence of the man behind the mask, Logan, was already developed by Claremont and Byrne back in 1980.

And it is this man that director James Mangold and actor Hugh Jackman have successfully brought to life in Logan, the concluding chapter in the Wolverine cinematic trilogy. Hidden beneath the arthritic and beaten superhero is a man with some fire left in him. Otherwise, why would he be hiding south of the border in Mexico, and taking care of an Alzheimer’s-stricken Charles Xavier (Patrick Stewart) together with Caliban (Stephen Merchant). The goal is to save enough money and move Charles onto a boat in the middle of the sea, so that his frequent psionic outbursts will stop harming anyone.

This bleak future is a far cry from the bright, shiny one seen at the end of X-Men: Days Of Future Past but for those who really care, it’s five years later, in 2029 and some things have changed. The movie does not explain it in details, but it is alluded to that an incident occurred and Logan, Caliban, and a thought-to-be-dead Xavier are in hiding. The X-Men are no more, and hinted to no longer be alive, and the lack of new mutants emerging means that there are only so few left in the world.

But none of the back story matters because Mangold is not here to tell another tale of Wolverine, and explain how this movie matches up with the X-Men movies from before, and those yet to come. The seemingly uncaring Logan is at the end of his road, weak and possibly dying, and his much-lauded healing factor in on the fritz. The adamantium that has been bonded to his skeleton is slowly killing him, and the years of abuse has taken its toll on his healing factor. Heck, even his claws don’t pop out efficiently as they once did.

All his plans go up in smoke when a bunch of mercenaries, the Reavers, led by cyborg Donald Pierce (Boyd Holbrook), arrive to seek out a mother and child. Except that the mother is actually a nurse who saved a mutant child from Transigen, a biomedical company that has been experimenting with mutants. She needs to deliver the girl Laura (Dafne Keen) to a mutant safe haven, Eden. Laura, as we all know, is a clone of one James Howlett, and she has her own adamantium claws – two on each hand, and one on each foot.

This storyline isn’t fresh in any sense, and any reader of Old Man Logan will recognise the familiar tropes of having one man trudge across state lines in a journey of redemption. What is important in these opening scenes is seeing how Logan behaves and responds. He just doesn’t care anymore. After a lifetime of loss, he just wants to disappear and save the only person who matters to him – Xavier.

In the scenes between Jackman and Stewart, audiences get the drama that show two friends who clearly love each other, but loathe the other at the same time. Xavier resents that Logan plies him with enough drugs to keep him sedated and the scenes between the two, who have been partners since the first X-Men (2000), are a sight to behold. The R rating here allows the use of several F-bombs that elevate the intensity of the scene, even as you notice that the senile Xavier is quickly losing grasp of reality.

And as much as this is Logan’s film, a significant segment here is also dedicated to Xavier. Here is a man who had such lofty dreams, and who sacrificed so much, only to be let down by mankind and mutantkind alike. He can no longer carry on his duty but even in this state, the only he wants to do is for Logan to take on the mantle, to be to Laura what he had been to Logan all these years. The dialogue includes some throwaway lines that bring audiences back to the very first X-Men movie, and you just wish that more was being revealed.

Somewhere towards the middle though, the story wavers somewhat. On the run from the Reavers, the trio go to the last place they should – Las Vegas. It is depicted to reveal more about the mutant world in 2029, where a mutant attack is considered rare. It is also here that they veer of course, to enable another encounter with Transigen. Mangold eschews the epic, colossal battle here, and goes for a small close up. Unfortunately, we’ve seen this fight at the beginning of the movie and the second version seems repetitive.

What’s new and elegant though is the way Laura evicerates anyone she deems to be a threat. If you’re a fan of the comic book character, Keen’s take on X-23 is a highlight of this film. She is very much a mini Logan, down to that familiar scowl, and when she gets letal, the blades come out and blood start spraying. Yet, these is a certain melodic vibe to her actions and movement. Every jump, swirl dive and attack is brilliantly executed, and she manages to deliver on both the innocence and the killer instinct. Alas, these is no mention of her trigger scent from the comics though if this movie is anything to go by, that element should pop up in the sequel that 20th Century Fox would be smart to want to pursue.

The final act is a well choreographed battle sequence that places Logan back where were first saw him, along with other mutants fighting for their lives. Along the way, we see Logan, and at times, Jackman, barely able to stand and Jackman plays the bit of a fallen warrior with nothing to gain but everything to lose perfectly. His anger, determination and ferocity will make you cheer because after 17 years and 9 big-screen depictions, Jackman finally did more than get it right – he proved that, much like Heath Ledger’s Joker, the next person who takes on the role will have very very larges shoes to fill, and will most likely be unable to even come close to the bar that Jackman has set.

Then again, Jackman did have nine tries to perfect the role that he nailed in his first outing, and has been perfecting ever since. Thanks for never ever phoning it in bub.

Hugh Jackman is the very best at what he does, and that is playing James “Wolverine” Howlett. It’s unfortunate that Jackman has chosen to retire this role, because after 17 years, there’s no one else that I can think of that can do a better job.