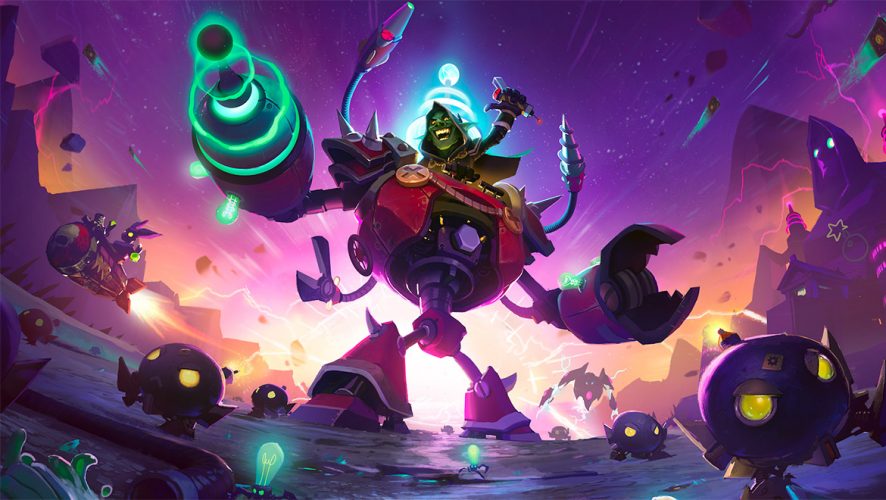 Mad scientist Dr. Boom has been scurrying around his laboratory in the Netherstorm, experimenting and putting together all sorts of wacky knick-knacks to bring forth Hearthstone’s latest expansion, The Boomsday Project!

Card reveals for the expansion have kicked off, and we warmly welcome the return of mechs along with all sorts of colourful characters among the new cards revealed thus far. Geek Culture and Resurgence are proud to present the latest card in the expansion – Necrium Blade!

Necrium Blade is a 3 mana 3/2 rare weapon card belonging to the Rogue class, with a Deathrattle ability that will trigger the Deathrattle of a random friendly minion.

Wesley “Lambyseries” Seek and YaoZhong “SilverByz” Bek, competitive Hearthstone players from the Singapore esports team Resurgence, introduce the Necrium Blade in the video above and discuss a whole bunch of interesting card combinations, decks, and counters. 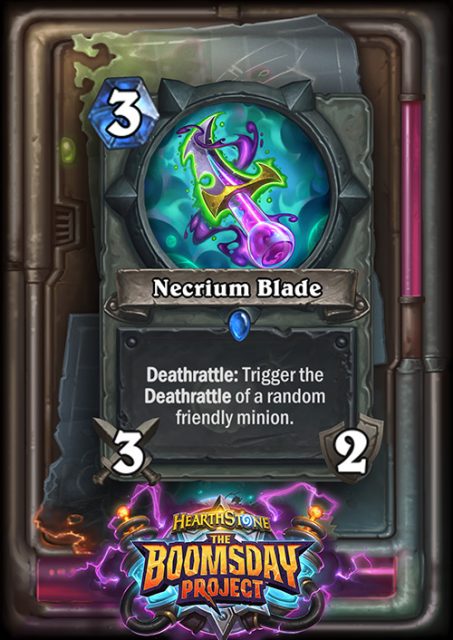 The card boasts great synergy with Deathrattle minions such as the Devilsaur Egg and Carnivorous Cube. Lambyseries and SilverByz even thought of a tricky potential one-turn-kill combo involving Malygos and Kobold Illusionist, bringing back memories of old Malygos Rogue days!

The Necrium Blade seems like a solid card that could revive the Tempo Rogue deck archetype. But of course, how effective it will be is up in the air since there are still plenty more cards waiting to be revealed.

In the meantime, keep up with all the newest cards and don’t forget to pre-order your The Boomsday Project card packs before the expansion hits on August 7, 2018!