Armour, all geared up. Guns, at the ready. The doors of the spaceship open, and enemy troops clamour towards us. With eyes flitting across two wide screens and fingers on the trigger, it’s time to complete the mission…and raise hell. 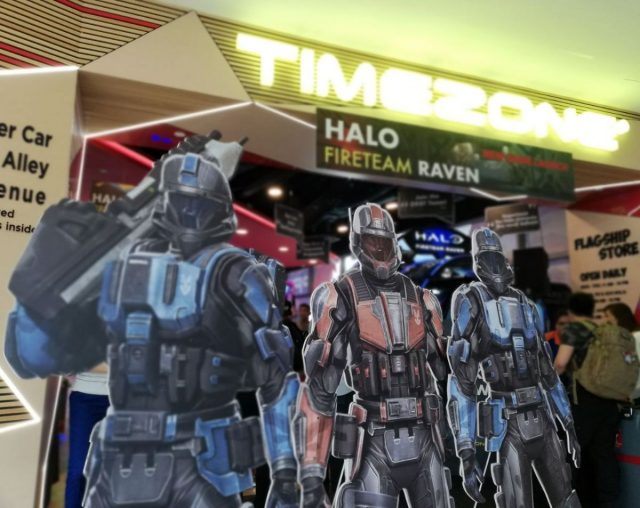 Enter Halo: Fireteam Raven, the newest Halo game on the block. Here’s the interesting part: it’s designed for the arcade, and not the Xbox console, with the Timezone outlet at VivoCity having the honour of housing the first addition not just in Singapore, but across the whole of Southeast Asia as well.

The franchise’s brand-new venture certainly comes as a surprise. Considering how it has propelled Xbox to greater heights during their heyday, a release for the Xbox console is but a logical and expected move, and fans are surely waiting in anticipation for Halo Infinite to drop after a teaser was shown during E3 2018.

There’s still a long way to go for that, however, and Fireteam Raven is as close to a physical gameplay experience one can get for now. Due to the considerations of being an arcade game, it’s naturally doesn’t feel very Halo-esque, but at the very least, provides sufficient shoot-em-up fun, and an overall enjoyable time at the arcade.

Set in the timeframe of 2001’s Halo: Combat Evolved game, it’s a four-player shooter that puts the players in the shoes of Fireteam Raven – an elite group of Orbital Drop Shock Troopers – as they wage war against the Covenant together across six chapters, or compete against one another with familiar characters and weapons from the original Xbox-exclusive series. A fixed turret by each player’s seat serves as the main mode of control, with a 130-inch colossal widescreen, 4K gameplay, and 5.1 surround sound allowing for a more enriching experience.

For the entirety of the first chapter, it was observed that the frame rate was impressively slick, boasting no lag time or tear even during battle-intense scenes. The graphics are sharp and well-detailed, and the nifty addition of vibrational feedback brings an extra immersive touch to gameplay. Visually, it’s undeniably beautiful. 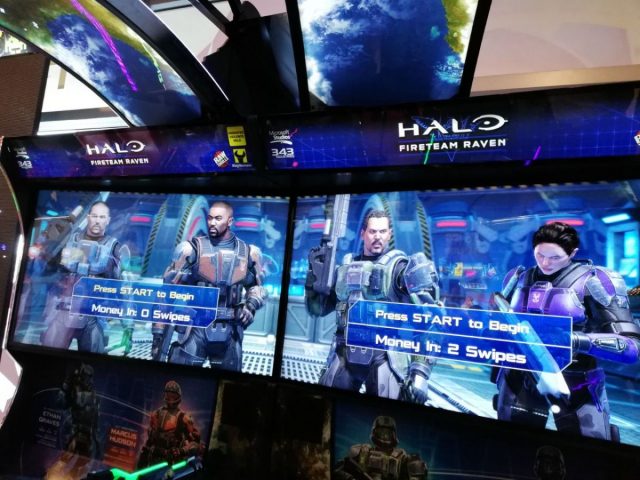 Controls are easy to pick up, and this is both a boon and a bane in itself. For newcomers to the arcade shooter genre, it reduces the overall level of difficulty, but also renders the other triggers useless. Case in point: there are two for normal shooting and two others to launch a grenade, yet pressing down on one or the other, or both together, makes no difference in the shooting mechanics, such as gatling speed, for instance.

This carries over to the weapon inventory, too. Players are exposed to a selection of gun models over the course of the game, including assault rifles and shotguns. While variety is undoubtedly a good thing, Fireteam Raven can just as easily do with just a fixed starter gun, especially since all of them grant the same shooting experience. In fact, it almost seems like the firearms are introduced solely to add context to the world of Halo, and not value-add to the game as a whole. 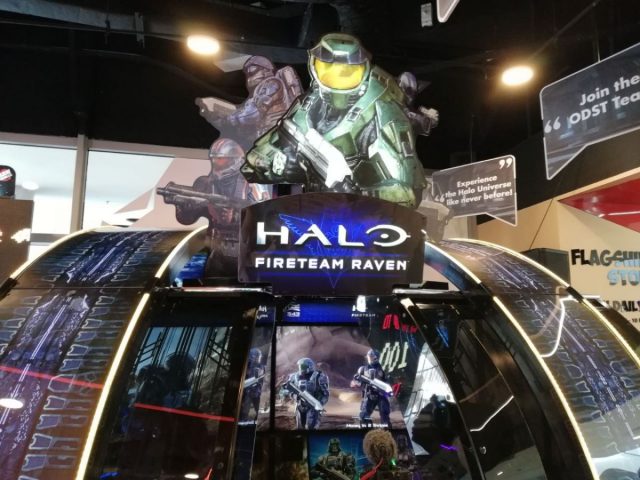 As one who enjoyed a steady diet of Time Crisis, the lack of interactive options, such as the ability to duck out from bullets or to aim at specific parts of a target, and final-stage boss battles took some shine away from the arcade shooter. It also would have been appreciated to add some recoil to the guns for an added touch of realism, alongside the choice to have the guns unhinged to have more freedom and control.

The lack of these traits are, admittedly, not too big of an issue – if one session didn’t cost as much as this does. Cashing in at S$3.80, S$3.40, and S$3 for owners of the Regular, Blue/Gold Elite, and Platinum cards respectively, one would expect a memorable gameplay experience that goes beyond the typical arcade shooter. 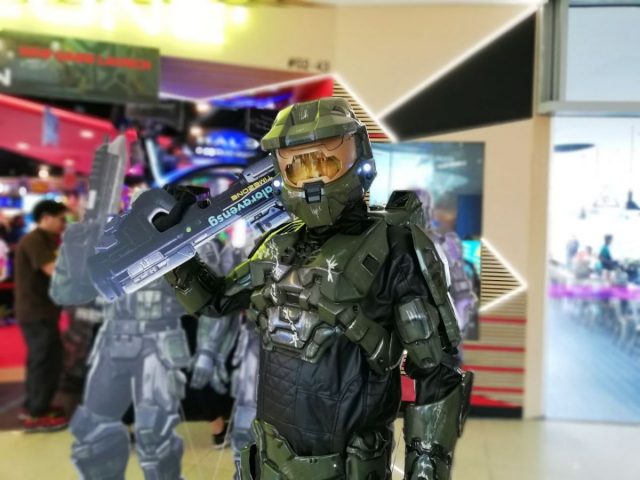 Make no mistake, however. At the end of the day, Halo: Fireteam Raven is an enjoyable shoot-em-up affair, one that brings the more aged gamers back to the retro days, and serves as a good entry point for those starting out in the genre. Just head on to the booth with an open mind, bring along a fun-loving party of friends, and enjoy the spoils of battle – more so for the Halo fans.