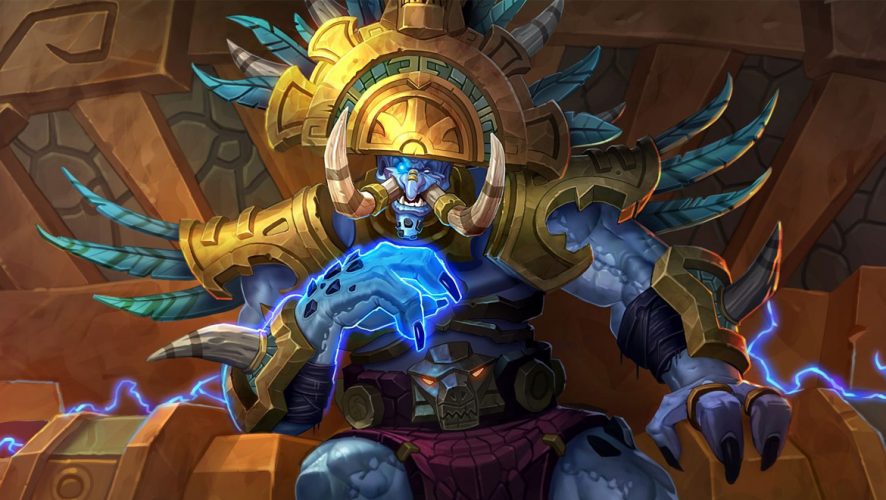 It’s time for all the warriors to get battle-ready, the fans to get pumped, and everyone else should stand by for nonstop action and craziness in the Gurubashi Arena, Hearthstone‘s latest expansion, Rastakhan’s Rumble is coming to town!

As more cards begin to see the light of day, we have seen brave combatants and powerful Loa and Spirits join the fray. Now, Geek Culture, along with our partners, Singapore’s Resurgence and shoutcaster extraordinaire Riku PH, is proud to reveal the expansion’s latest card – Linecracker! 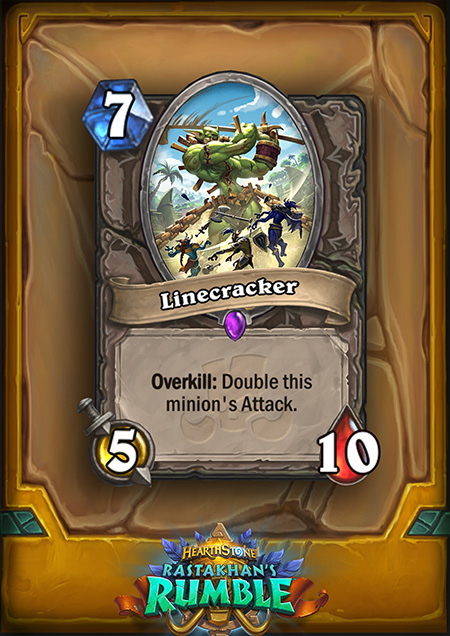 A Neutral minion that requires 7 mana to summon and has a base 5/10, the Linecracker comes with the latest mechanic added in the expansion, Overkill. Overkill occurs when you deal more damage than the health an opposing minion has, the activation will give Linecracker a massive attack boost each time.

Resurgence’s Hearthstone stalwarts Wesley “Lambyseries” Seek and Samuel ” Sequinox” Chan joins Riku to share their thoughts on this latest addition, and the combinations, decks, counters and more that comes with Linecracker.

How well Linecracker will fit into the new meta remains to be seen, but in the meantime, keep up with all the newest cards and don’t forget to pre-order your Rastakhan’s Rumble card packs before the expansion hits on December 4, 2018!