Products that infringe on those patents include the Google Nest smart speakers, Pixel phones, and the Chromecast streaming device. As those products are all made in China before being shipped out, the ruling could theoretically stop Google from importing said products.

However, according to what Google spokesperson José Castaneda told The Verge, “We do not expect any impact to our ability to import or sell our products.”

This is likely due to ITC already having approved Google’s software workarounds so the products will no longer be infringing on the patented technologies. One of the workarounds led to the “need to adjust each speaker individually instead of using the group volume controller”, which lends credence to Sonos’ claim that Google might have to “degrade or eliminate product features” because of the ruling. Other workarounds might have led to users needing to download a special app to set up certain devices on their network. The loss of the ability to adjust volume of an entire Nest or Home speaker group at once is a clear downgrade of the product.

This is not the end of the battle between the two companies though, as Google filed a countersuit against Sonos in June 2020, while Sonos filed another suit against Google in September 2020 alleging even more patent infringements. Sonos won the battle this time, but the result of the war is as yet undecided. 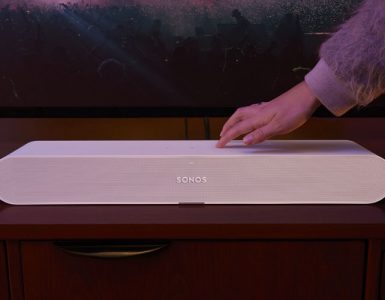 Home theatre gets an upgrade.