Earlier at the annual Google I/O event, Google officially announced the third phone in its Google Pixel 6 series — the Pixel 6a.

Packed with similar features found in the tech giant’s premium phones, the Pixel 6a is an affordable option for folks who want to own a Pixel. Simply put, think of it as Google’s take on the Apple iPhone SE line.

The Google Pixel 6a has a 6.1-inch screen with FHD+ resolution and includes the Tensor AI chip as seen in the other two phones in the new lineup, as well as the Pixel 6 and 6 Pro. The Pixel 6a only features a 60Hz refresh rate though, so even though it has a pretty impressive display for a mid-range phone, it’s not exactly a phone for intense mobile gaming sessions.

With a large chunk of the phone’s announcement focused on the camera capabilities, users will be pleased to know that a lot of the Pixel 6 and 6 Pro’s technologies such as Real Tone, Night Shift, and Magic Eraser can be found in the Pixel 6a too.

Real Tone authentically represents all skin tones and Night Sight makes low-light photography a breeze. Of course, the big winner that many Pixel phone users look forward to when photo taking is the Magic Eraser feature, which lets you remove unwanted objects from your photos.

Despite the technologies, the Google Pixel 6a only features a 12MP main and 12MP ultra-wide, as well as an 8MP front selfie camera. With a simple camera set-up, one can’t expect amazing photo results as compared to the premium phones, but it is more than sufficient for the average user who takes photos to immortalise memories or post photos on social media.

On top of that, the Pixel 6a also comes with the same highly accurate speech recognition as the Pixel 6 Pro. That includes features like Recorder, Live Caption and Live Translate.

The new model also borrows many of the same design elements from Pixel 6 such as its iconic camera bar. It comes in three colours – Chalk, Charcoal and Sage – and is made out of the updated Material You design UX that allows users to personalise the look and feel of the phone.

The Pixel 6a will launch on 21 July 2022 in the US, and will retail for US$449. Availability and pricing for Singapore have yet to be confirmed, but if it’s anything like Google’s previous launch, users will have to wait a tad bit longer.

The Pixel 6 and 6 Pro launched in October 2021 but the models didn’t arrive in Singapore until February this year, but as the saying goes, good things come to those who wait.

Aside from the Pixel 6a, Google also announced the first Pixel Watch, Pixel Buds Pro, Pixel tablet, and the heavily teased Pixel 7. 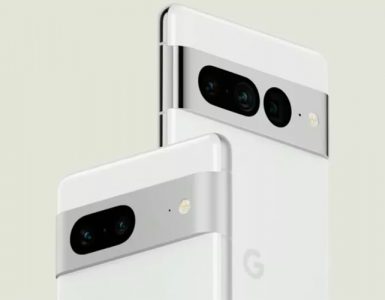 Google Teases The Pixel 7 To Get Ahead Of Leaks