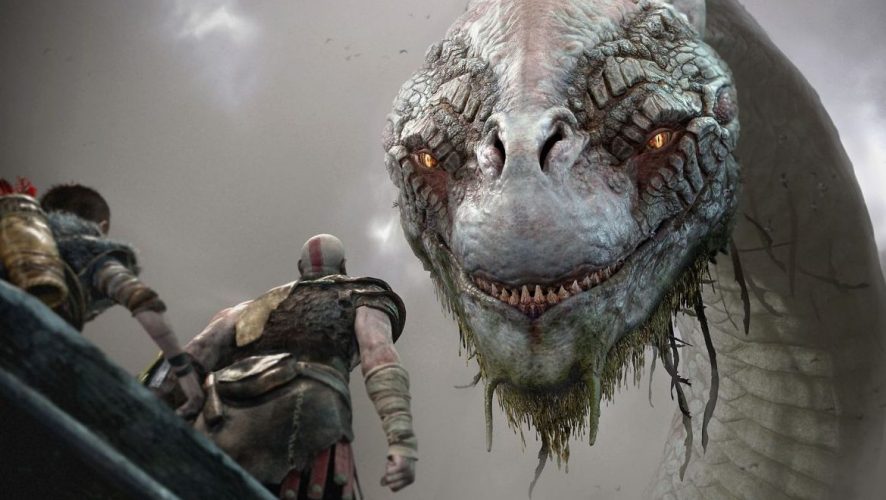 God of War: A Noob’s Perspective

For more impressions of the game, click here as we talk more about the first few hours of the new God of War. If you are interested to hear what Aaron Kaufman, Santa Monica Studio’s Senior Community Strategist, had to share about God of War, head over here for our interview!

As someone who’s completely new to the God of War universe, there was the initial feeling of not knowing what to expect. But reviews for the original game were rave, and I admittedly went into the preview session harbouring fairly high expectations – or as high as the first impression can get.

Boy, did the two-or-so-hours of gameplay session exceed them, and by a long shot. Just a few moments into the game, and it was obvious that God of War is one beautiful beast that’s brimming full of potential. 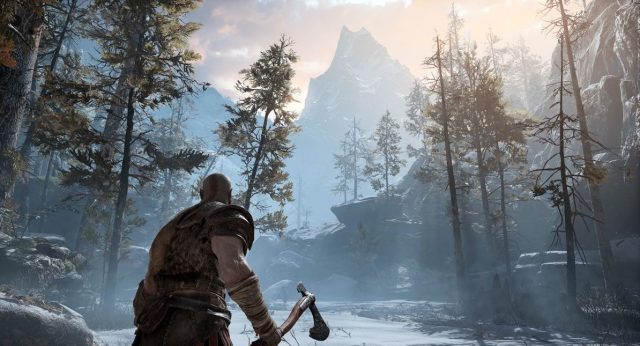 First up, visuals. The landscape is like an intricately-crafted tapestry of art, capturing the right atmosphere with each careful detailing of the surroundings. Lush greenery, the frigid remains of winter, the Runic designs of Norse-inspired origins on nature entities – they are all scattered across the map, adding a subtle layer of depth to the environmental design. 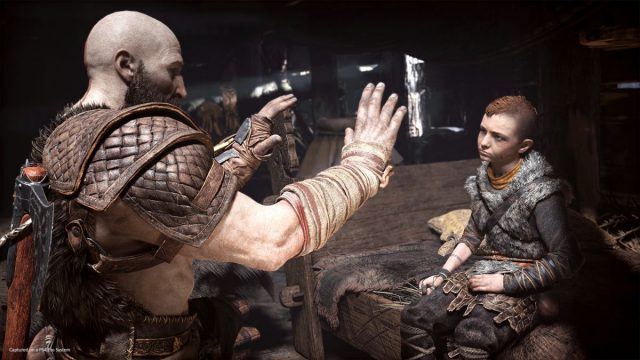 The effort put into the tantalising, meticulously-designed visuals is reflected through the in-game characters as well. During interactive cutscenes between Kratos and Atreus, the emotions of each are subtly conveyed with a flitting expression across their faces, such as the furrowing of an eyebrow, or the stern-yet-softened glint of an eye. Where Kratos is weary but still determined, Atreus is eager to a fault with a bleeding heart, and their mutual feelings towards each other’s contrasting personality are nicely brought out through the details.

Gameplay-wise, the over-the-shoulder camera angle allows for a better view of the battleground, making it easier to counter attacks from foes, or gear up for a block against a heavy strike. The unhinged movement also means more freedom, and a more immersive experience for the players. 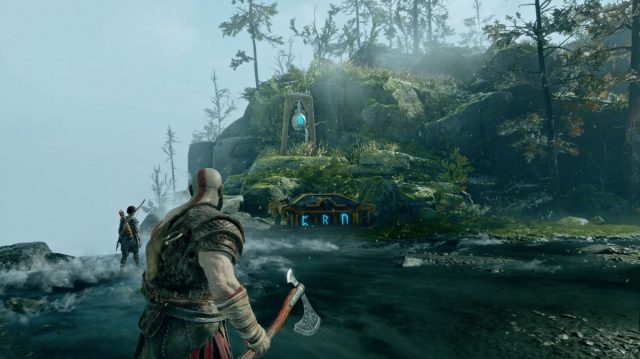 While not exactly open-world, God of War encourages the spirit of exploration, with various secrets and collectables littered across the map. Areas leave some space for players to have a look around and are designed sufficiently for players to scour for loot and hidden secrets without veering off-path too much – making it perfect for both the explorers and the mainliners. 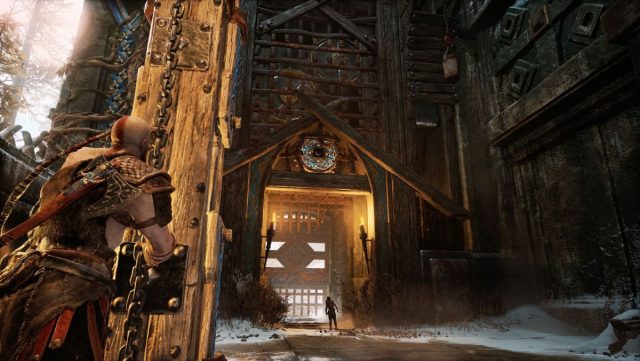 Something that players will appreciate will be the environmental puzzles that aim to put the player’s problem-solving prowess to the test. Not only is it another piece of proof that God of War goes beyond just axe-hacking action and brutal fistfights, it also, once again, tells more about the meticulous thought that went behind the design, especially since each was created with a purpose in mind. As with other titles, they will progressively get more difficult, so solving them should be a good mental challenge.

Kratos’ new trusty battle companion, the Levithan Axe, may appear sluggish in battle, but it’s actually armed with decent swing speed, and a healthy dose of medium and heavy attacks. Chain build-ups are fun, and hacking draugrs to undead bits is extremely thrilling and satisfying. Someone lamented the absence of the Blade of Chaos, but man, the power of the axe feels good. 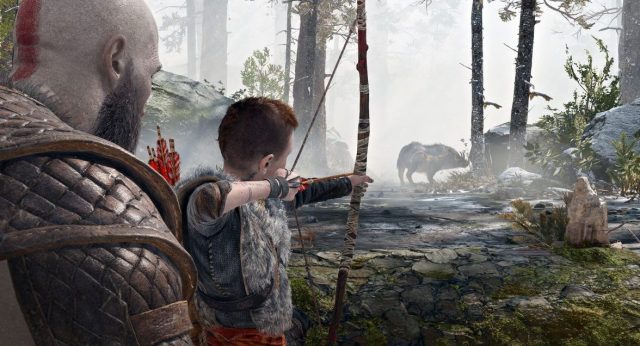 Of course, extra help is always welcomed, and Atreus does live up to his role as an ally, although there’s still more room for his potential to grow. Armed with a bow and arrows, the son of Kratos is perfect as a distraction against the stronger, more powerful creatures, especially when a break in the opponent’s momentum is much required.

Among a horde of aggressive hostiles is where he thrives, putting them down from a distance with above-par accuracy, and dancing across the war ground as a diversion – although this comes with a risk of him being held as a hostage, which slows down the pair’s warring pace. 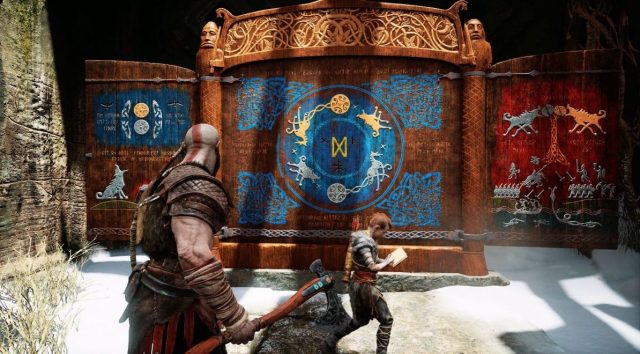 Still, some help is better than none at all, and you can count on Atreus to get you out of sticky situations. God of War wouldn’t be the same without him, anyway, since he’s gifted with the ability to read the Nordish symbols that are required to unlock secrets along the way – in a way, he’s the brain to his father’s brawn. 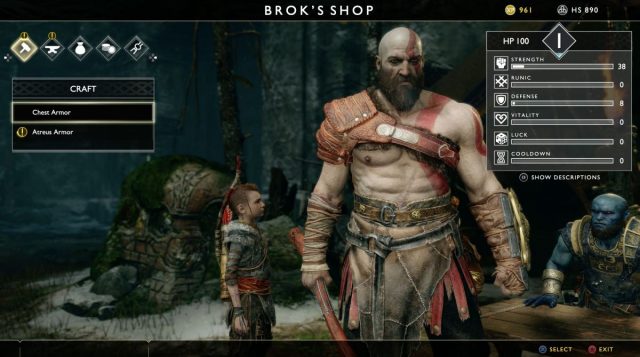 The older fans of the series may frown upon the RPG-esque system found in God of War, but as a fan of the genre, I do think that it’s a great implementation. Apart from the upgrading and customisation of select weapons, armour, and the like for both Kratos and Atreus, it does give players a greater sense of control over how they want to play the game, and the freedom to develop their battling preferences (skill tree, anyone?).

Going in blind for a two-hour session of God of War was great. It’s a beautiful, beautiful game that weaves a hitherto compelling narrative, breathtaking visuals, and sleek gameplay into a complete masterpiece. A mere two-hour session is hardly enough to dish out a final verdict of the game, but it’s sufficient – very sufficient, in fact – to impress this newcomer here.

With an expected play time of 25-35 mainlining hours, there’s definitely a lot more goodness in store, so much so that Kratos’ and Atreus’ journey would probably become the player’s quest of adventure as well. Expect plenty of gore, battle action, and emotional feels when God of War drops on April 20, 2018.