The new Plasma Series Glow-in-the-Dark Figures features highly poseable and articulated figures of the original Ghostbusters team Peter, Ray, Ergon, and Winston with cool glow-in-the-dark (GITD) effects. They can be bought individually, as a set of four or even a case of eight which should include two sets of GITD and non-GITD figures.

Each figure comes with three entertainment-inspired accessories, including a Neutrona Wand, Proton Pack, and a glow-in-the-dark Proton Stream.

The Ghostbusters Plasma Series figures are now available for pre-order on Entertainment Earth and will ship coming October 2021.

If you’re not keen in any of these figures and would prefer an actual Ghostbusters Neutrona Wand, we have you covered as well! 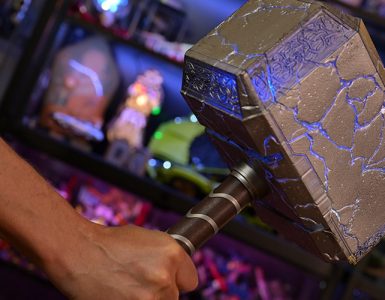