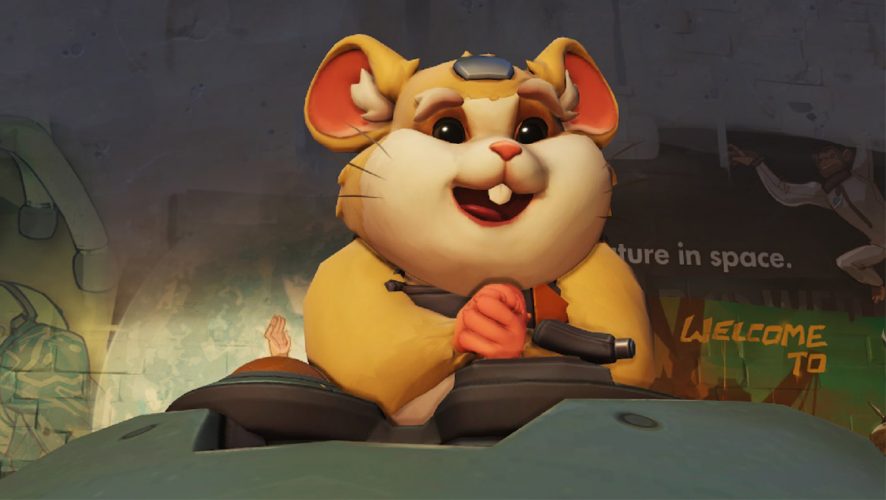 The ability to slam down enemies and zone areas with mines.

But what’s this? You squint your eyes, peering at the pilot in the cockpit… What the…. 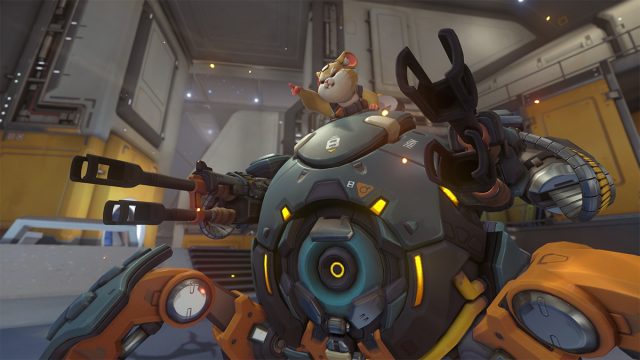 Overwatch’s 28th hero and the newest addition to the tank lineup is Wrecking Ball, better known as Hammond, who was revealed earlier today much to the surprise and confusion of unsuspecting players.

Many predicted that Hammond would be some sort of ape, like Winston, ever since teaser images regarding Horizon Lunar Colony and Hammond’s escape to Earth were released last year. But in hindsight, Hammond the hamster is the perfect name, although his official character name is Wrecking Ball.

As his backstory goes, he was among the animals given genetic therapy on the Horizon Lunar Colony experiments, which resulted in him being larger and more intelligent. After chaos broke out on the moon base, Hammond hitched a ride on his makeshift capsule with Winston, crash-landed in the Australian Outback, and became the champion of mech battles in the Scrapyard. 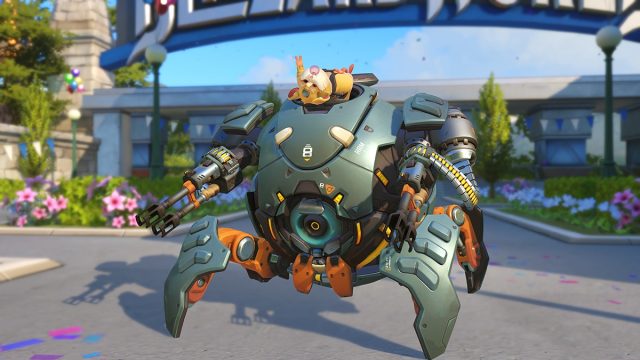 In the game, he has a whopping total of six abilities. His Quad cannon guns are hitscan with a rapid rate of fire and decent damage. Right click engages a Grappling Hook that lets Wrecking Ball swing around the point of contact, making a quick escape from danger or hurtling him up onto higher ground. If hooked onto a pole or even the payload, Hammond can swing round and round, knocking back enemies and doing damage indefinitely.

The grappling hook is slightly fiddly, and it takes a while to get used to how it swings and how to manoeuvre yourself using the momentum. From high ground, dropping and pressing your usual crouch button makes Wrecking Ball slam down the mech and deal damage to anyone within a 10-metre radius. This ability is called Piledriver, but I much prefer calling it the “Ham Slam”.

If you want to make a quick getaway or infiltrate enemy lines, left shift turns the mech into a hamster ball, and you can roll around indefinitely at a higher speed until you hit left shift again. Stuck far from your healers and surrounded? No problem, his Adaptive shield gives him 100 barriers per enemy in close proximity that last 7 seconds, so even just 2 enemies nearby translates to a total full health pool of 800! Now that’s a tank. 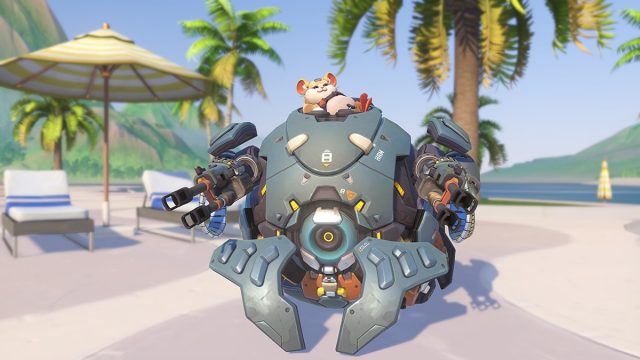 Finally, his ultimate is excellent for zoning out areas. When engaged, Minefield drops 15 proximity mines that hover in the air, exploding and damaging any who come near them. This is great for blocking off choke points or forcing the enemy team away from the control point. They aren’t there forever though, as they last for 20 seconds and can be destroyed.

This is easily Overwatch’s most creative and unique hero yet, with varied abilities that are both fun and take time to master. And abilities aside, just look at him. He’s adorable!

If only he functioned like D.Va, with an out-of-suit form as a little hamster running around the battlefield, but alas, he “dies” along with his mech. Wee little squeaks can be heard as he takes damage, and although he doesn’t speak like Winston, he has programmed his mech to speak for him in a robotic voice.

He looks like a character straight out of The Incredibles, and gameplay-wise, so far he’s a really fun hero to play with a disruptive, off-tank style, although he will likely be countered by stuns and Sombra’s hack.

Roll your way to the PTR servers to give Wrecking Ball a go, and keep in mind the changes to certain heroes’ damage falloff and the buff to Sombra in the same patch!