The resurgence of the Zoids IP continues. The new Zoids Wild line of buildable figures released by Takara Tomy last year has no doubt brought back many fans of the Japanese toy, anime and manga franchise that released at the turn of the millennium, as well as exposed the popular toys to new fans of this generation.

Though Takara Tomy marketed the Zoids Wild Special Edition Wild Liger as their poster boy for the new line, arguably the crown jewel in this series is the terrifying Death Rex.

Where the Wild Liger builds on the Liger-type Zoids such as the Shield Liger and Blade Liger, the Death Rex does the same for the Tyrannosaurus-type Zoids, which also include the iconic Gojulas, Death Saurer and Geno Saurer models.

The Death Rex also captures the feral aesthetic of the Zoids Wild line quite well, featuring serrated teeth and clars, ridged spines, as well as sporting an animalistic design that apes the T-Rex more than its predecessors (well, technically the Gojulas and Death Saurer resemble Godzilla more, but you get the drift).

Building the Death Rex seems like a tedious affair, but like with its smaller counterparts, the instructions included in the box are rather simple to follow. But, like with the rest of the line, the parts depicted in the instructions can be a little hard to follow due to the muted colours and locked-in POV, making some of the blackened parts look a little hard to identify, despite them being numbered.

Regardless, it’s still a 40-minute to an hour affair, and once you’re done, all that hassle is quickly forgotten.

While the Death Rex looks spectacular at all angles, one main gripe is that its exterior parts tend to be a little loose and come off more easily. Take precaution if you’re handling the Death Rex with children, in this case.

The Death Rex operates on two AA batteries, and its switch is located near the base of the tail. Flick it forward to see this awesome beast come to life.

In keeping with the traditional, more feral T-Rex look, the Death Rex moves as such as well. The tail swishes from left to right in reptilian fashion as the massive legs stomp forward. Even the little forearms rotate a little during movement.

But perhaps the coolest part is that, after a few steps, the Death Rex halts and charges up its Death Blast.

When it first performed this action, we were a little scared that it was malfunctioning. Its mouth opens up more than what a typical T-Rex would to reveal a massive cannon that lights up and rotates. The side flaps spring forward to act as a buffer for the cannon to amazing effect. The only thing missing is a proper sound effect, which would’ve made the experience a whole lot more immersive.

Overall, the Death Rex is arguably one of the best entries to have come out of the Zoids Wild line. The price point of S$79.99 on Amazon may seem steep, but compared to the Special Edition Wild Liger, it’s definitely more worth the extra 10 bucks for this one.

The new Zoids Wild line continues to impress, but none so far has reached the heights like the terrifying Death Rex has. 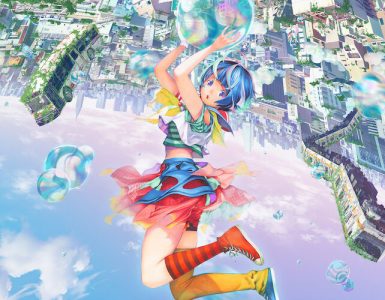 A dystopia of parkour, romance, and wasted potential. 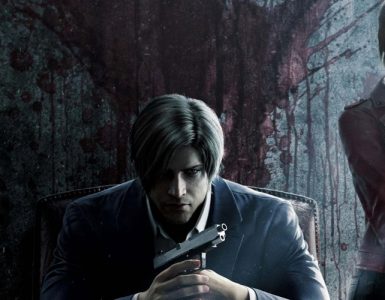 Leon and Claire return in an all-new four-episode anime on Netflix.