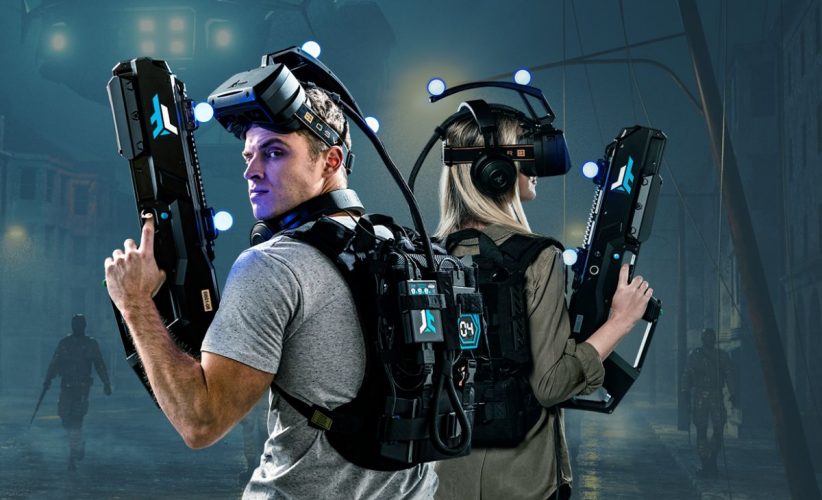 What do the victims of every zombie movie have in common?

They probably did something stupid to get themselves killed. But you, as the all knowing audience, you know better because with enough skill and wit, you can outsmart any mindless undead minion.

Well, here’s your chance to prove it.

Armed with virtual guns and unlimited ammunition, players get sucked into these worlds for short bursts of fun as they tear through hordes of aliens and zombies, to take on Hollywood Horror staples.

Walking around an abandoned space ship while being hunted? Check. Seeing groups of undead tear apart your fortified bunker as they yearn for your flesh? Yep. 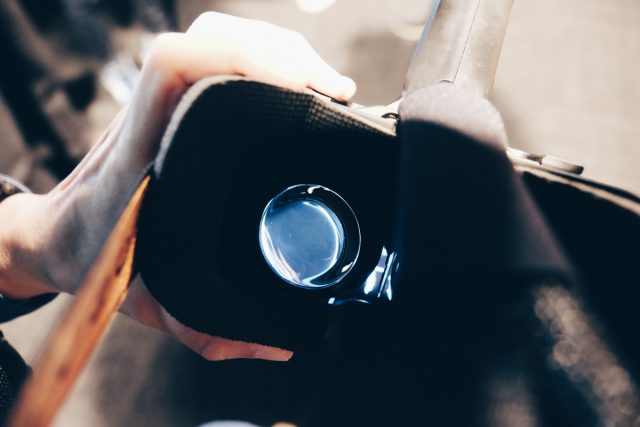 If you’ve ever played VR games of any kind, from the mobile phones, to the PlayStation VR to the HTC Vive or Oculus Rift, then you’re in for a treat. The portable VR headgear projects players to a new world, and a pair of headphones injects the sounds of this new dangerous world. 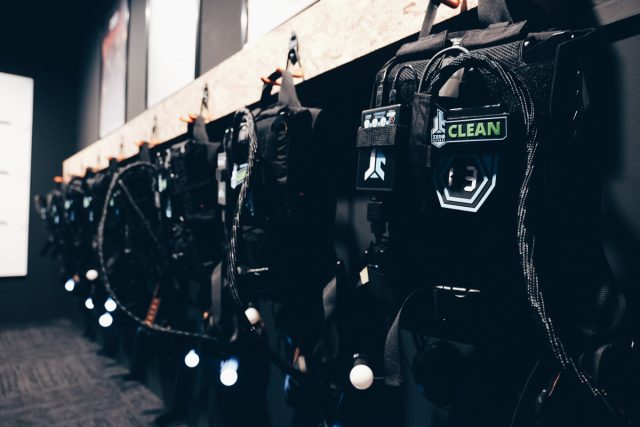 But unlike those VR devices that need to be tethered to a computer or console, the ones at Zero Latency are all wireless, so there is free motion here. The CPU is strapped to your bag, which includes a battery pack, and you can walk where you want to, move where you want to, and turn around as many times as you like.

That weighted, plastic machine gun in your hands? It can turn into a heavy assault rifle, shotgun, sniper rifle or futuristic blaster. This is what adds to the realism – a gun that you cannot continually hold up because shooting at something all the time get tiring, fast. 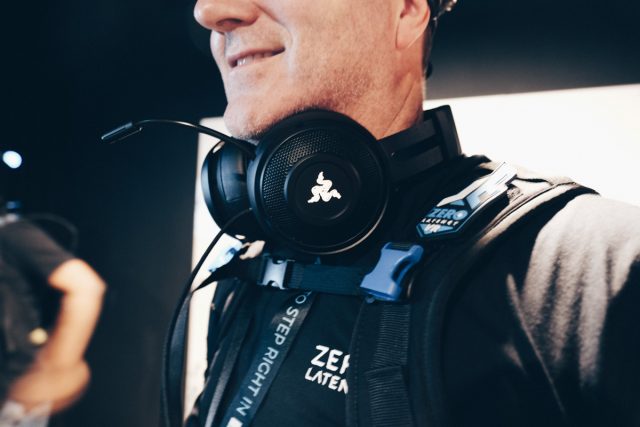 Putting on the self contained VR kit on the back feels eerily similar to putting on a Ghostbusters Proton Pack – there’s a certain heft to the pack and guys, it’s very much like the SAF webbing you love to hate. But once you slip the VR headset over your eyes and “cock” your weapon, you’re literally in a new place.

While you might be free off all forms of physical tethers, there is a limit the where your virtual form may roam. Get too close to a player or willfully walk off the edge of a platform or building and the system will ‘gently’ remind your of your boundaries with an on-screen visual alert, plus alarm bells.

Knowing your place in the simulated reality is important, as the Zero Latency system offers one of the best VR experiences ever built. There’s none of that nausea which might be associated with the tech, and because you keep moving around, motion sickness does not kick in.

In fact, I was able to go on three continuous VR sessions in a row, and clocked a full 60 minutes in the virtual world without missing a beat. And if offered, I could probably go for a few more rounds. 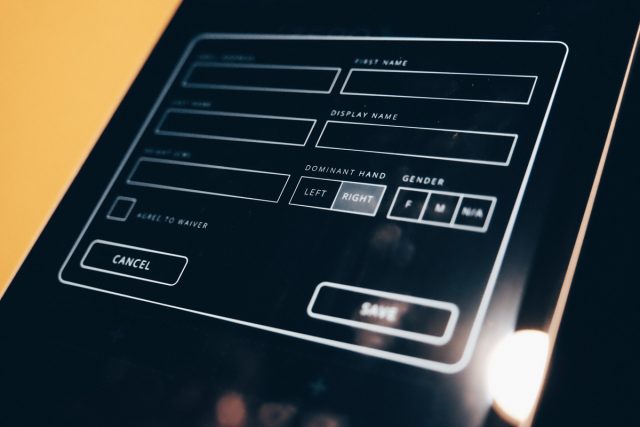 One of the tricks that Zero Latency employs is to ask for a player’s height before venturing into the main hall. In doing so, your in-game avatar actually shares the same level of perspective as you do in with the real world. So that table you see in the virtual world? It’s the same as if you saw it in real life. It’s the same for the crates, doors and passageways – everything looks normal from a perspective point of view. In comparison to games such as Farpoint, which a first person VR shooter on the PlayStation 4, there’s a good level of groundedness here that helps alleviate any potential nausea.

Obviously, the hardware matters a great deal as well. Armed with a OSVR headset, these are by far one of the most comfortable VR devices I’ve strapped onto my head. Plus, no glasses are needed for the experience as well. For those who do wear glasses, all you would need to do is adjust the focal distance of the lenses within the headset before you start your session, and that’s it! 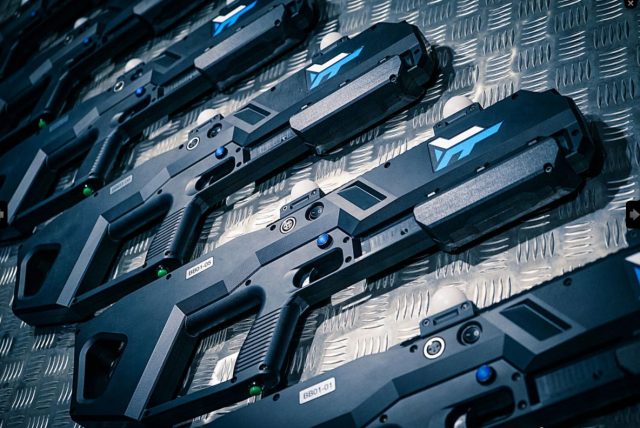 The ‘rifle’ that goes along with the Zero Latency looks very much like the Pulse Rifle found in the Alien movies and there’s a good amount of heft to it. Unlike Nerf guns or even laser tag rifles, one session in a simulator blasting zombies or rogue robots will have your arms feeling slightly sore. Imagine if the team was able to implement recoil into the entire package, this system would definitely be the future of first person shooters. 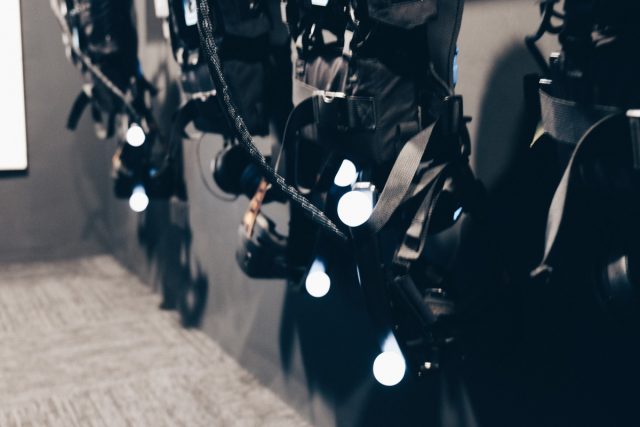 From the looks of it, the rifle feels like it’s powered by the same tech behind the PlayStation move, which uses physical cameras to detect different coloured lights around the room. Two lights are located on each weapon and on your headset, which can accurately put the player and the weapon in the virtual world. Aided by a laser sight, players are afforded the right amount of accuracy and achieving a good amount of satisfaction when a shotgun shell blows through a horde of zombies.

With some experience playing video games, making the leap into Zero Latency might be a simple task for some. But now, when movement is not limited to WSAD or a D-Pad, a good amount of familiarisation is required to tackle some of the company’s simulations.

There are three simulations to sit through and it’s best to go through the first two, before committing to the last 30 minute rescue mission.

Starting with the gun-free Engineerium, players are given a free reign to figure out how movement actually works in the VR space. It’s nowhere as action packed as the next two games, but it gives you an gentle step to ease into the space.

Zombie Survival is where most gamers will feel most at home with. Barricading yourself and mowing down wave after wave of zombies is what Left4Dead might have been if it was released in this day and age. While it might be the most adrenaline inducing game, the simulation can be completed simply by planting your feet and pivoting your body like a turret.

If you’ve been able to experience Engineerium plus Zombie Survival, the real challenge awaits you in the form of Singularity. Reminiscent of Dead Space, this simulation will have you dashing down corridors, gunning down robots and completing simple puzzles. To top it all off, you’d end off the stage by facing down a giant robot. If Mega Man was made into a first person shooter, this might very well be how it might look like.

In all the game simulations I experienced, the frame rates were all pretty smooth even as the action on screen heated up. Plus the visuals were pretty decent as well. From lush greenery to the quiet of space, Zero Latency easily showed off its power for mobile VR experiences.

Given how amazing the end to end experience is, something has got to give and that’s definitely in the pricing for the entire experience. 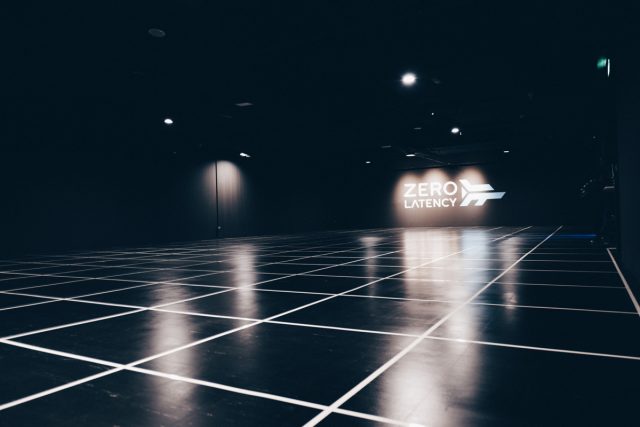 A full session of all three scenarios will set you back by S$138. That’s for 60 minutes of in-world VR, and another 15 minutes for the briefing and debriefing. While a introductory combination of Engineerium and Zombie Survival will cost S$69 at non promotional rates. Still, it’s rather steep, but to be honest, well worth it. Once you’ve strapped those goggles on, 60 mins could feel far more longer than that. No amount of gameplay videos can compare to placing those goggles on your head and experiencing it for the very first time. Zero Latency will completely blow your mind.

The set-up has also catered for any in-game accidents. The audio and visual proximity alert prevents you from hitting anyone or anything, and the headset and speakers allow you to communicate with your team. The game churns out targets based on the number of people in the simulation, so if you go in as a group of 8, expect total chaos.

I joined a group of six and there we were, shouting commands and pointing my teammates in the right direction. There’s nothing quite like noticing a pack of zombies attacking from the rear, shouting for help, and seeing gunfire tear those zombie heads right off. Did it matter that I was in a group with several top local celebrities who were screaming, shouting and cussing their way for the next 60 minutes? No. For that brief period, we all had one goal. Shoot those m****f***rs!

Zero Latency will open its doors to the public from 24th November 2017 onwards. Pre-registration is happening right now with a special introductory price, so grab your buddies and mow down some zombies.

Currently, 420 sessions have been booked and the group to make the 500th booking will receive their session for free. For real!

While the pricing might be a concern for some, this is one experience you truly have to try for yourself at least once in a lifetime.