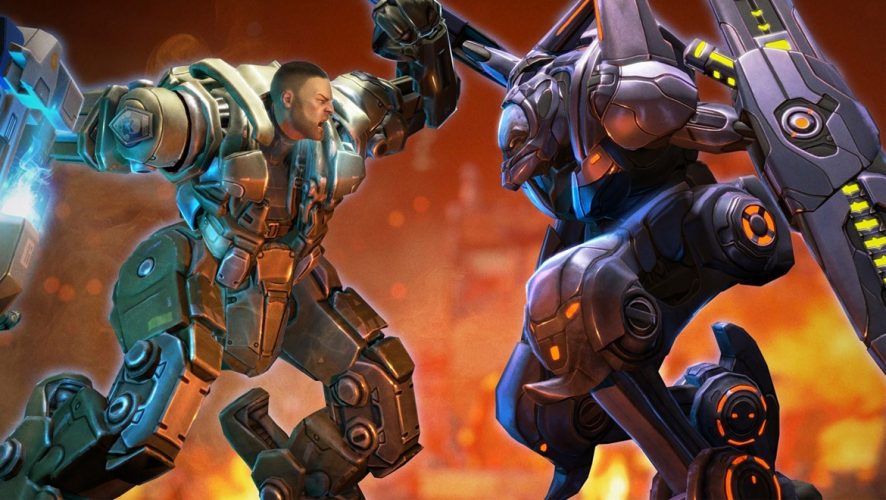 Here’s the template of how most game expansions go – Release one year after main title, throw in new units, throw in new maps. Meta game does not change a single bit. We see this formula most commonly with release-a-year titles such as FIFA and Call of Duty.

XCOM: Enemy Within (EW) is the expansion that follows up from the 2012 hit XCOM: Enemy Unknown (EU). Turn based strategy games of this sort were a dead genre till XCOM came out and it went toe-to-toe with established franchises while coming out unscathed. So, is EW any good? I would say that if you have EU, you would most definitely want to get the expansion on release day.

Nope, EW is not directed by JJ Abrams with his signature lens flare now added with an orange tint. This new orangey glow represents Meld, a new resource to acquire in EW, which is essential to upgrade your soldiers to modified super soldiers and androids (I will get to that later).

Meld can be found in most missions and help to add a lot more pace to the original game. In the past, players would move gingerly from cover to cover hoping to get off the first reaction shot once the Aliens have been triggered. With the addition of Meld, players would have to take more calculated risks in advancing as the canisters that the Meld resides in has a countdown timer. Once the timer is hit, no more Meld for you!

Combine having to dodge plasma shots, limited cover and saving hapless civilians within a single mission, EW moves at a cheetah pace compared to its predecessor.

In EU, many gameplay decisions revolved around a player’s playstyle. In the power gamer’s books, moving slow and snipers was the way to go, especially on higher difficulty levels. With the addition of super soldiers (essentially new skill upgrades) and MEC (androids with new skill trees), there’s many ways that players can go about combating the Alien threat.

Do I want to go in all guns blazing upclose and smash some Alien skulls with my MEC? Or do I want to take it slow like before and position my troops and set an ambush by leaping 2 stories high with just a gene upgrade? Why not both? All this is possible and more by spending Meld. The best part of it all would be that all these cool new toys are not tucked at the tail end of the game. I was able to get my MEC out fairly early at around the fourth mission or so.

Now, don’t regret when you chose to give up the Meld especially in the early game.

Nothing spells badass more than controlling a mech!

The regular soldiers did not become obsolete with the new additions, for they are able to wield new grenades and two inventory items at the same time (with the appropriate upgrade).

Not quite a level playing field

With all these new toys to play with, you would think that completing Classic Ironman will finally come true. Unfortunately, the Aliens themselves have added new threats to their arsenal as well. The most threatening of the lot has to be the new Seeker alien which goes into automatic stealth once triggered. Imagine having the move from cover to cover, setting up overwatch as you try to rush for the Meld. Moving with trepidation only to have your straggling soldier at the back strangled and immobilized by a Seeker just outside of firing range.

Shit happens but that’s just XCOM for you.

The biggest challenge would not be the Aliens but the limited amount of resources in terms of cold hard cash right from the start of the game. There is just so many ways you can spread yourself and I can expect to see even more countries wanting to leave the XCOM project early on.

Do you want to spend your cash on that precious satellite or do you want to pony up for a brand new MEC to rain more death on the battlefield.

In addition, my overall feel is that in the new expansion, the Aliens move far more intelligently and seem to have a far better accuracy as compared to the original.

With so many routes to go, it can get quite overwhelming especially if you are new to the series. Best to take it slow and learn from your mistakes for there will be plenty.

In addition to the Alien threat, there’s a new enemy faction in town, the EXALT, who look a bit too similar from the dudes in The Bureau: XCOM Declassified.

It’s actually quite interesting to face up against opponents that have a similar tech level, but what also leaves me asking why my own weaps don’t hit as hard as theirs?

I’ve just about mentioned everything that I hope would entice you to grab this game on release day. Any more and I risk spoiling the entire experience for you. If you own the original and love to revisit XCOM all over again, Enemy Within is a perfect title for that and you would be getting a solid full package and not a half assed money grab.

XCOM: Enemy Within will be available from 15th November (in Asia), on PS3, XBOX 360 and, of course, my favourite, PC.