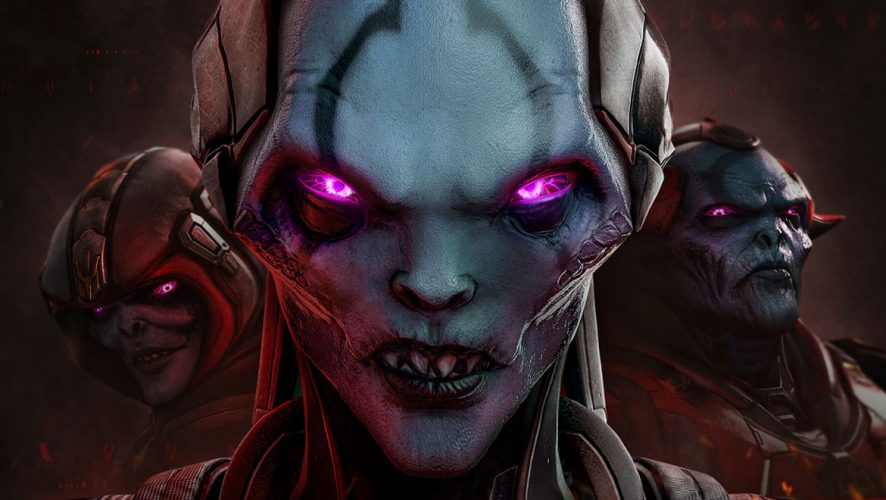 While audiences might cringe at the thought of yet another movie sequel, video game players have no such trepidation. Improvements in graphics and gameplay tend to rewards players, and in the case of War of the Chosen, this expansion changes the experience of XCOM 2 completely.

I have never felt such renewed vigour and anticipation to take the fight to the Advent once again, and if you are a fan of the base XCOM 2, getting this huge, substantial and deeply satisfying expansion is a no brainer.

Although you start off the new campaign as though nothing has changed, except for a partial change to the cinematic showing how you, the Commander, is rescued, the game starts transforming in ways both big and small, and ultimately leads to an awesome affair.

From mission setups, to battle the potential monotony of seeing the same old mission types, War of the Chosen introduces sitreps. These are modifiers that change up how you approach each situation. Imagine being able to only bring rookies to a fight, or being forced to deal with mobs of the new enemy type, the Lost. The sitreps serve to make the old feel new again, and they do a great job of refreshing XCOM 2. That, plus more new maps and mission types, add to an already strong tenet of the strategy titan.

Like the title suggests, the Chosen are the new attraction, and boy are they a persistent thorn in your side. Each Chosen matches a particular archetype, and it will do you well to know their capabilities. The Hunter is a master sniper who will punish any soldier unfortunate enough to be standing in the open, while the Assassin is a stealth master that moves in close for the kill. The Warlock has the psionic capabilities to cause massive disruption to your well-laid plans.

When you are running missions in the areas controlled by these Chosen, they can randomly show up during the mission, and they really do not care for you. Each time they appear is the worst possible moment for your team, and the Chosen are quite a handful for any XCOM squad. Just the very thought that they might appear should make you wary enough to plan ahead.

However, these foes are not without their weaknesses (which are randomly generated for each campaign), and you will have to strategize and take advantage of these vulnerabilities to survive their constant harassment. The Chosen cannot be permanently eliminated, unless you focus your attention on uncovering their bases, potentially sacrificing your time for other endeavours.

Defeating the Chosen grants you their unique armaments, which are unsurprisingly powerful, but therein lies a dilemma. Although the Chosen can be a pest, and defeating them is part of the eventual goal, finishing them off early felt like the final boss has already been overcome, and puts a slight dampener on the real endgame of XCOM 2. Of course, leave them alive and they will appear in the final mission, but if you think one of them is too hot to handle, imagine all three alongside the Avatar.

To defeat the new menace, XCOM has got some upgrades of their own. By building up relations with the three new factions resisting the aliens, you gain access to hero units. The Reapers are your elite scouts/snipers, the Templars possess strong psionic melee attacks, while the Skirmishers are reformed Advent soldiers standing up against their former overlords. The elite units level up using ability points, which can be used to unlock as many skills as you can afford to.

Promotion gets you individual ability points, but by performing smart, tactical decisions like flanking, using height, or ambushing enemies, add points to a shared pool for XCOM. Your fellow soldiers can be augmented the same way as well, having a Sharpshooter with all skills unlocked is a powerful tool, but so is your lose when you lose the loyal soldier to an eventual miscalculation. Play well and be rewarded, and the addition of ability points is another reason why War of the Chosen is such a great addition to the already impressive package.

The faction relationships also play into the strategic Covert Ops. Soldiers waiting on your roster can be sent out on timed missions to scrounge for resources, gain some favour with the factions, or find more intel on the Chosens’ hideout. There are risks involved, but in XCOM, it is definitely no risks, no rewards. Covert Ops also gives you a reason to have a large squad, and these soldiers can be whipped into shape and contribute to the cause even if they are not on the front lines.

Then again, XCOM has always been about having more than one reliable squad of elite soldiers, and the new Fatigue mechanic hammers in this point. Soldiers get tired, and if they are constantly chosen, they become more susceptible to panic and could possibly get negative traits that can throw a spanner into the works. A soldier who needs their weapon always fully loaded has practically only one action, and anyone who has a fear of fighting any of the aliens becomes quite useless.

War of the Chosen includes a photo booth that helps celebrate your triumphs, or mourn the departed. The soldiers that were involved can be posed, and you can add filters, effects, and captions, to create XCOM’s own propaganda posters. I must stress that this adds nothing to your gameplay experience, but it is just so damn fun, and tied me more closely to my version of XCOM.

Firaxis had hits on their hands with both the first XCOM and XCOM 2, and with War of the Chosen, they have proven once again that they can craft amazing and significant expansions to already magnificent titles. XCOM 2 is almost unrecognisable from top to bottom with War of the Chosen, and I could not be happier about. This is the reason for everyone to come back to XCOM 2, and even our alien overlords would agree.

War of the Chosen changes up XCOM 2 completely, and is a whole new ball game that demands your wholehearted devotion to the cause.