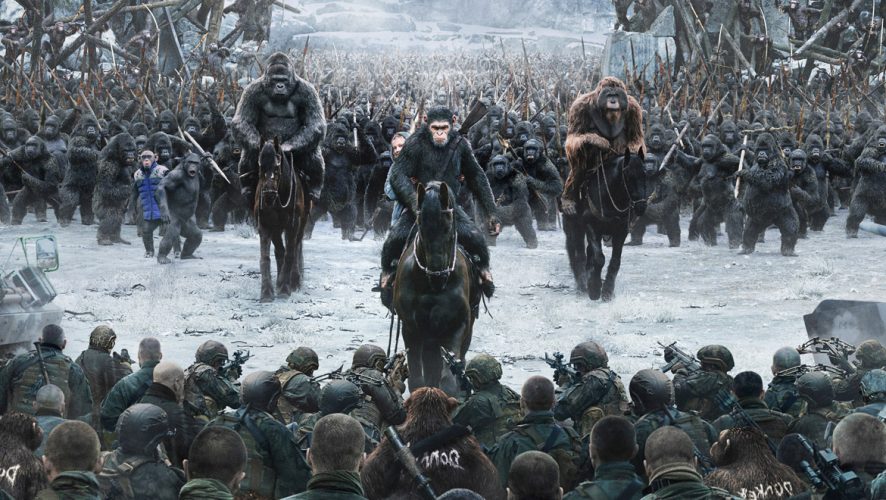 Geek Review: War for the Planet of the Apes

In an era where we bear witness to endless reboots and sequels of movies, the concurrent Planet of the Apes franchise, stands out like a rose amongst the thorns. Combine solid storytelling, great visuals and a moving soundtrack, this franchise delivers all the essential elements that makes a great movie. One would then start to wonder why then do most movies stumble when Apes can deliver with such consistency across three films. Is it really that tough an act to follow?

After a successful run with two solid movies, War for the Planet of the Apes finds itself in precarious situation that not many shows have been able to achieve – topping their past work. However, director Max Reeves respects his audience and is able to deliver one of the most emotive flicks we’ve watched in recency. Unlike certain movies where a sequel is churned out every other year, War for the Planet of the Apes seems to have taken its time in development well to ensure that you would leave the cinema satisfied once the credits roll. 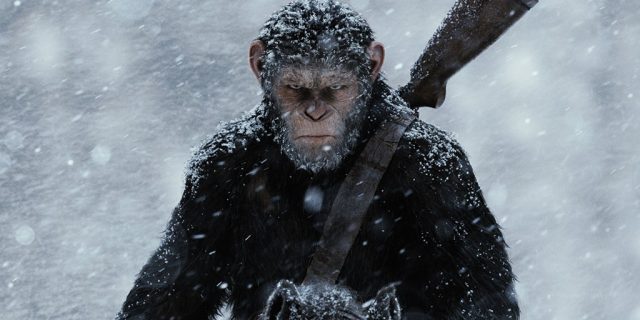 In fact, Reeves wastes no time in getting you up to speed with the events from Dawn of the Planet of the Apes. No feet are being dragged here when the apes are thrown into conflict once again when both hero and villain square off early in the first act.

Far from the peaceful state in which the apes led by Caesar (Andy Serkis) found themselves in the second movie, the pall of Koba’s actions having overthrown Caesar and igniting the human/ape war have snowballed all the way into the third film. The Colonel (Woody Harrelson) has set his sights on eliminating Caesar in an all out war between human and ape and it does look like the apes are slowly losing the war with the soldiers being far better armed and trained than anything the apes have faced in the past.

Gone are the days where the Caesar of old would take a more reasoned approach and we see that he is more willing to give in to his primal nature. While Serkis still maintains his trademark scowl during the moments of deep thought, his expressions within the third film carry more malice especially during interactions with the humans.

It presents an interesting parallel to Harrelson’s Colonel who is more than ready to go to extreme ends to protect the human race from further harm. Caesar and the Colonel slowly become opposite sides of the same coin as the movie progresses on with Caesar becoming more ruthless and vengeful in his methods.

We have been rooting for the apes for most of the series, and the weakest point of this film really has to be the role of the humans. Even after so many years, do the humans not get the message that all the apes want is to be left alone?

The Colonel certainly didn’t get the memo and it’s in his interactions with other fellow humans we see that his real sole purpose is to play the villain to Caesar and little else. In fact, past news articles that have made comparisons between Marlon Brando’s Kurtz in Apocalypse Now to War’s Colonel, is frankly an insult to one of the greats. 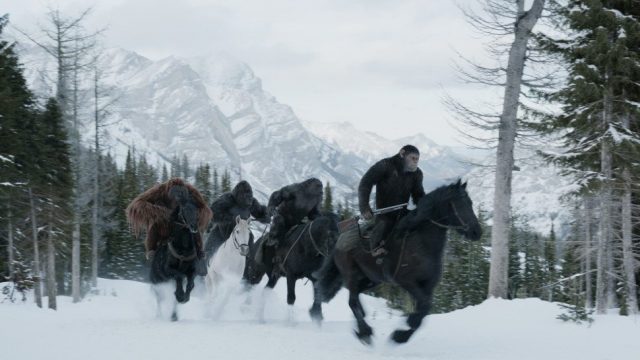 Harrelson is a rather weak antagonist who simply has a secret ability to get under the skin of Caesar too conveniently for our liking. We’ve seen that it takes much more to set Caesar off but guess times have changed. Hate is hardly the sentiment one would develop for the Colonel in the course of the show. He’s more a representation of how the human race might devolve into given the circumstances and you’d feel pity for him more than anything else. Sadly, scenes that have a human in them are way too expositional and telegraphed for my liking. Gary Oldman, you’re sorely missed.

The real heroes of the story really are Serkis and his band of motion capture actors. Continuing the tradition of the apes communicating with Caesar being the vocal leader while the rest of the apes communicate via sign, the greatest scenes in War for the Planet of the Apes are those with no dialogue at all.

Aided with the most emotive facial expressions and a solid soundtrack, the apes are able to invoke the most stirring of emotions simply through pure body language alone. Though it would seem that giving into the darker side of his rage has made Caesar a less interesting character because all self control has gone out of the window.

Thus, some of the heavy lifting has been offloaded to the supporting cast. Portraying Caesar’s real life conscience, orangutan Maurice (Karin Konoval) stands out well to rein in the darker impulses flooding into his commander. While Maurice does not get that many lines, each scene with him is both impactful and meaningful thus illustrating that it might be time for a new ape to step up to the plate.

Movie executives please take note, this is how one properly wrap a franchise on a high note. With War for the Planet of the Apes, we the audience should thank 20th Century Fox and director, Max Reeves, for wrapping up this arc of Apes with a solid, satisfying end.

Woody Harrelson is a piss poor antagonist. Thankfully, the movie is really more about the apes than the dumb humans.

Planet of the Apes Review